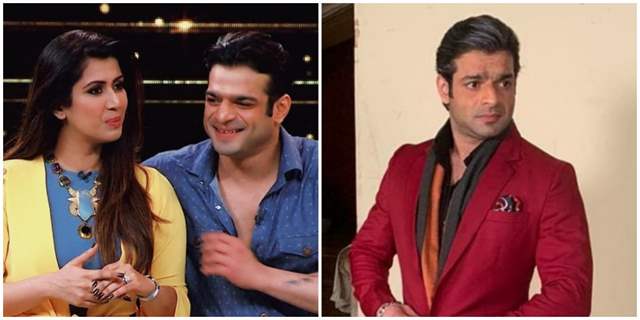 Star Plus popular show Kasautii Zindagii Kay will soon witness a major change as Actor Karan Patel will be seen portraying the look of Mr. Bajaj in the show. Karan has started started shooting for the show and the fans are loving him in this new look. In a conversation with a leading portal, Ankita Bhargava opened up on Karan's look where she mentioned that she is liking him as Mr. Bajaj.

Speaking to Spotboye.com, Ankita stated that he is looking smashing and he looks very nice when he is well-suited and booted. She mentioned that Karan himself is a suit fan, so he is more than happy to get into that avtaar. "He is looking the part very well- it's neat and the cuts are very clean so I am liking him in Mr.Bajaj's look," Ankita added.

Ankita also revealed it to the portal that they had apprehensions about him greying his hair as that is not something that an Actor would easily want to do. However, she added that the offer was of Mr. Bajaj who is an iconic character, so it was a great opportunity. Speaking about greying his hair, she said that they didn't want to put on the whitner to look old and both of them felt that it can be done stylishly. She further added that they were researching online on various looks and he found some amazing references which was a mix of bronze, Platinum and Grey, it looked mature yet stylish. Recently, Karan had also revealed that along with this, he was also approached for Naagin 5.

Karan Patel Reveals getting Approached for Naagin 5 as well!

Ankita Bhargava opens up on her Miscarriage; says, 'Took me time to ...

ALUJNA21 28 days ago So funny it is quite normal she will like her husband at the end of the day money is the priority as this is his job.

"Rhea is Being Subjected to a Bizarre & Dangerous Media ...
56 minutes ago