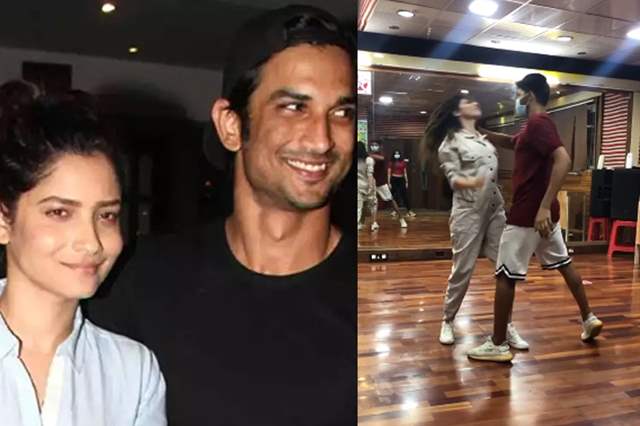 The case of actor Sushant Singh Rajput's 'mysterious death' continues to be a talking point even right now where a lot has been said and assumed about his passing away. However, one thing that can certainly not be denied in the mix is that the people who were once close to him in one way or other continue to feel extremely saddened and disheartened even though it has been almost 5 months now.

Actor Ankita Lokhande, who was the former partner of Rajput has not only been vocal about her take on Rajput's death and support to get him justice but also is set and rolling to be paying a tribute to him soon. Lokhande certainly has extremely fond memories of being with Rajput over the years and now, she is set to pay a tribute to Rajput at Zee Rishtey Awards 2020.

She said, "This award is associated with me deeply, Zee and I have a a very 'Pavitra Rishta'   and I feel good about being a part of it. Everyone should watch it as for all the fans, of Sushant as well, there is something special for them, for all those people who love him, this is a small attempt from my side, so watch it and give it a lot of love"

Recently, she shared a video on her Instagram account from her practice session. Dancing on the song 'Dharti Pe Ye Duniya Humein Pyaar Na Karne Degi' by Neha Kakkar and Jubin Nautiyal, Lokhande can be seen dancing along with a choreographer. In the caption, she stated that it is very difficult and different for her to perform this time. She also remembered Manav Archana in the hashtag. Her caption read, "This time it’s very different and difficult to perform . From me to u it’s painful !!!! #sushantsinghrajput #manavarchana #ankitalokhande #zeerishteawards2020 #tribute #pavitrarishta."-

It can safely be said that Rajput is indeed remembered by one and all.

CriticusExpert 1 months ago Making firewood out of a fallen tree. Ankita's entire career was just a small spark, now her only recourse will be to live off SSR's death.