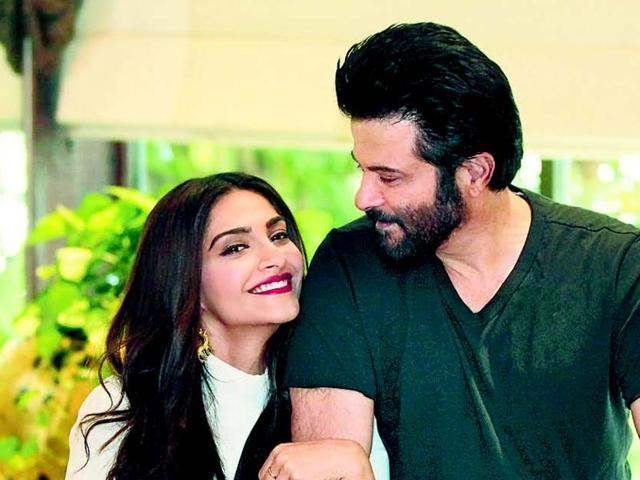 Bollywood actor Anil Kapoor has all the reasons to be elated as he is soon going to be a grandfather. Sonam Kapoor, his daughter, is expecting her first child with Anand Ahuja.

The Ranjhaana actress who has been spending time away from home in London is preparing to welcome the bundle of joy and lately, her father Anil spoke out about the type of mother he doesn't want his daughter to be. Anil apparently expressed his opinion that moms shouldn't be "overprotective" in a recent media interview.

Reports from India today stated that the Mr. India actor told the media, how he felt when he learned of Sonam's pregnancy.

Anil described Sonam's pregnancy as a "special thing," adding that he was "emotional and pleased" to hear the news. He also expressed the ideal type of mother he wants Sonam to be. The Nayak actor stated, "Moms are a little bit too protective these days. You shouldn't be overly protective, in my opinion"

While Sonam Kapoor recently swarmed the net with her aesthetic baby shower images and fans are just loving it.

In the meantime, Anil is actively promoting JugJugg Jeeyo with Neetu Kapoor, Varun Dhawan, and Kiara Advani. Anil plays Varun's father in the movie, and he is trying to divorce his wife. Raj Mehta is the director, while Karan Johar's Dharma Productions is the production company. Anil was last seen in Thar with Fatima Sana Shaikh and son Harsh Vardhan Kapoor.