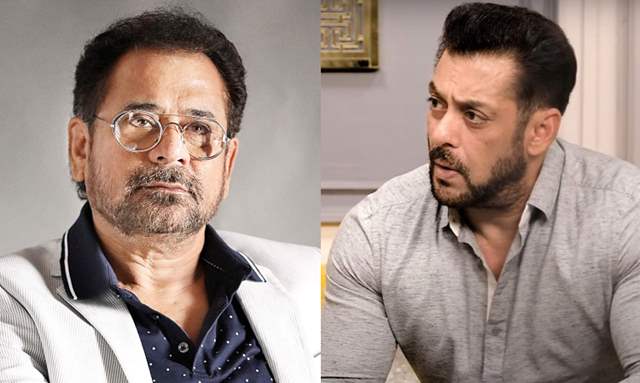 Salman Khan has been making it to the headlines for his film choices and upcoming projects. The fans are eager to see their favourite actor collaborate with talented directors, and opt for more creative and impressive scripts. While many await the announcement of Salman’s films, a recent report has been rather disappointing for the fans. The buzz is, Salman Khan will be directed in a comedy film by Anees Bazmee.

The report also mentioned that Salman will be named Prem in the alleged comedy and it is also named the alleged producers of the comedy.

However, during a recent interaction with Bollywood Hungama, Bazmi was surprised by the claims made by the report that has already been making the rounds on media space.

“This is news to me. I am directing a film with Salman Khan, and I don’t even know about it? Perhaps those who wrote this report can inform me when I will be reaching the set and also when it gets released, so I can keep myself free…No seriously, there is no such talk,” said Anees Bazmee.

The Bhool Bhulaiyaa 2 director recalled his long association with Salman and shared a few memories from their collaboration for No Entry (2005).

Bazmee said, “We go back a long way. Salman Bhai did a guest appearance in my film No Entry 16 years ago. His character and the film were a hit. We then did Ready which was also a rage. Since then we haven’t had the chance to work together. I’d love to work with him again, but right now there is no project on the anvil.”

Unfortunately, many attempts were made to rope Salman Khan for the sequel to No Entry (No Entry Mein Entry). But, all the efforts were in vain as Salman refused to work with producer Boney Kapoor due to personal differences.

Anees spoke about his upcoming film - Bhool Bhulaiyaa 2 and added, “That was unfortunate. Maybe some other time. Right now I am completely focused on completing Bhool Bhulaiyaa 2. We started before the pandemic. Our last schedule in Lucknow had to be called off in March 2020 because of the lockdown. We have resumed shooting on one set. Two more sets have to be put up. Insha Allah, we will complete Bhool Bhulaiyaa 2 by next month.”