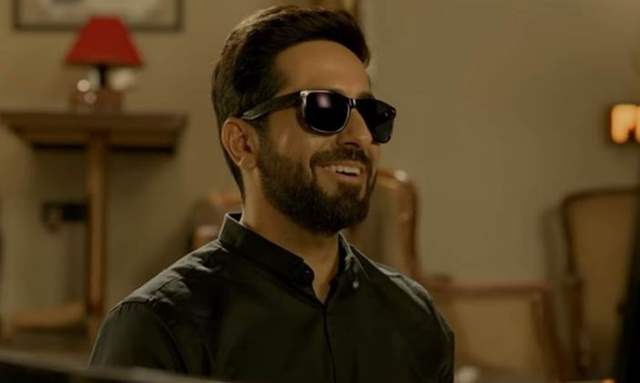 Today marks the first anniversary of Sriram Raghavan’s Andhadhun featuring Ayushmann Khurrana. The splendid plotline full of twists and turns packed with impeccable performances left the audience in complete awe. The mystery-thriller drama also starred Tabu, who nailed every bit of her character and Radhika Apte, who added the perfect allure to the film. Besides, the soulful piano composition and chartbuster song numbers acted like a cherry on the cake.

Apart from many other awards, not only the film went on to win the National Award for Best Film, Ayushmann bagged the Best Actor National Award as well.

As the film completes one year today, Ayushmann mentions how Andhadhun not only helped him to grow but also shaped the actor in him. “As an artist, I’m a constant learner of the craft of acting. I’m always looking out for films that make me better, that challenge my thinking, my beliefs and opens me up to absorb new things. Andhadhun has truly been one such film that has shaped me as an actor today,” the superstar said.

Furthermore, the Article 15 star goes on to thank his director Sriram Raghavan for giving him this life-changing opportunity and trusting him with the film’s vision.“It taught me to challenge my inhibitions and showcase a completely different side to my craft that surprised me and also pleasantly surprised the audiences. I’m thankful to my director Sriram Raghavan for trusting me with his vision and thankful to the universe for giving me projects like this which I can be so proud of,” Pinkvilla quoted Ayushmann as saying.

To celebrate this special day, Ayushmann shared a short video on his Instagram tracing back to this notable mystery flick.

Ever since his debut in 2012 with Shoojit Sircar's romantic comedy Vicky Donor, Ayushmann had undeniably created a niche for himself. His choice of unconventional scripts and unerring performances delivered on-screen, the actor successfully made his mark in the list of bankable actors.

Post the smashing success of Andhadhun, Ayushmann did not stop. He went on to win the audience with superhit films like Article 15 and Dream Girl. While he plays an IPS Officer in Anubhav Sinha’s crime drama, he starred as a cross-gender actor impersonating a female voice in Raaj Saandilyaa’s comedy flick.

Ayushmann will be next seen in Bala, portraying a man who is balding prematurely and will also be seen alongside Amitabh Bachchan in Gulabo Sitabo.