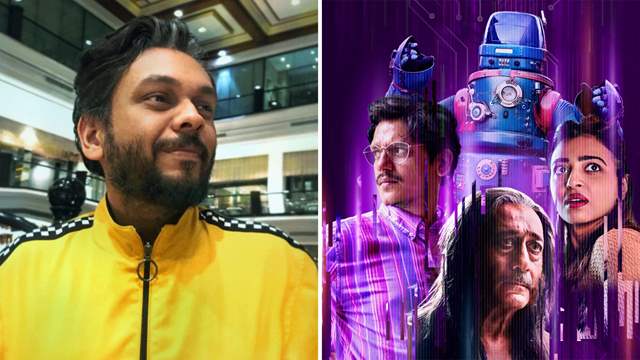 Anand Gandhi is considered to be a visionary filmmaker who has not just brought a new wave in the landscape of Indian cinema but has also ensured to imagine and bring to life, thought - provoking content to entertain the viewers.

Welcoming the debutant creator and director, Pooja Shetty and Neil Pagedar in the clan, Anand Gandhi introduces the talented directors to the viewers with this new show.

As a producer, I am always in search of inspiring, creative genius that I can help bring alive. I find it exciting to enable new creators who show potential for envisioning culture shaping narratives. Pooja and Neil are a duo who epitomise this, constantly inspiring me with their clarity of vision, precision of craft and their incessant rigour. It remains my absolute pleasure to watch them create and direct a show that I had the privilege to produce and write with them.

Coming from a complete different background,Pooja Shetty who is an architect and Neil who is a writer respectively, it would be interesting to see them collaborate with a visionary filmmaker like Anand Gandhi (Producer of Ok Computer) also known for creating inspiring and captivating content.

Helmed by debutant creator/director duo Pooja Shetty and Neil Pagedar, produced by Anand Gandhi (the maker of Ship of Theseus and Tumbbad), the series is going to release on 26th March, 2021.