Sanjeeda Sheikh is known to be one of the bubbliest actress's in the telly world today, and post her last performance in Nach Baliye 3, the excitement has just become double fold. 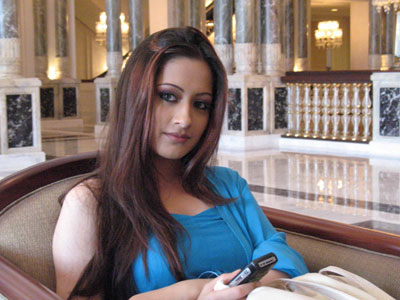 Featured Video
The episode in which Madhuri Dixit made an appearance was definitely a memorable time for all the contestants, but Sanjeeda vows she could never forget that day after what Madhuri told her.

Apparently after watching her performance with partner Aamir, Madhuri claimed that she could see her jhalak in Sanjeeda. With this compliment, Sanjeeda burst out into tears and sure couldn't believe her ears. Ever since Sanjeeda has been hopping around with joy exclaiming and telling anyone who would be interested in lending a ear.

"This has to be the best compliment I have received in my life till date. If Madhuriji could say something like she sees herself in me, then nothing could be bigger for me", says Sanjeeda.

Considered to be the strongest couple of the lot, Aamir and Sanjeeda seem to be getting better with each passing performance.

+ 2
14 years ago she's half norwegian and half indian;)
she made false passport..and she landed in prison;)lol

14 years ago They both are bestest & sweetest couple,& sanjeeda really deserves these words! muaaah'

14 years ago yup she deserved it..just saw her performance for the first time, she was great!

14 years ago she was truly amazing and brilliant. Even in that aaja nachle song.

And Sanjeeda truly is a fantastic dancer......

14 years ago Wow, that is such a compliment from Mads! But Sanjeeda is the only one that deserves it!!!