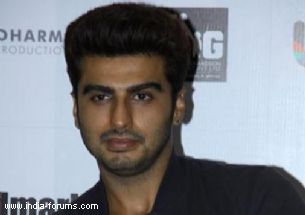 Actor Arjun Kapoor is all praise for Amrita Singh, who plays his mother in the forthcoming film "2 States" and describes her as being "naturally gifted".

This is his second film with Amrita after "Aurangzeb" and he said: "She is the most spontaneous actor in the world. Before shooting she will be nervous

"Once the camera is on, she delivers the best, and we would wonder how she did that. She is naturally gifted and she doesn't care so much."

Arjun made a fantastic debut with "Ishaqzaade", but his last two releases "Aurangzeb" and "Gunday" received a lukewarm response at the box office.

Talking about his performance, he said: "I am confident about my acting. The insecurity is that I hope I don't slip and fall. But we are young and it's going to be a long race. It's a great time to be in this profession."