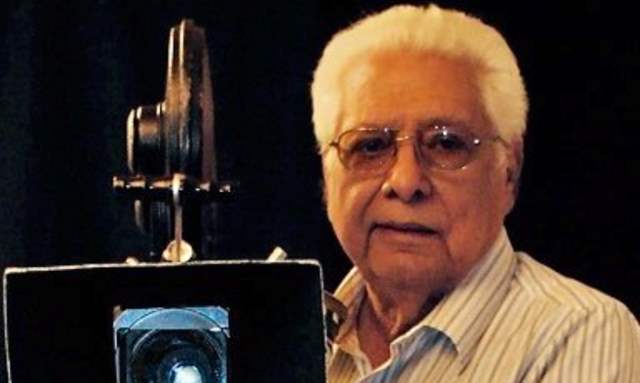 Earlier today, Bollywood once again suffered another great loss as veteran filmmaker Basu Chatterjee died at 90. He passed away due to the age-related health problems at his Mumbai residence.

The 90-year-old filmmaker, was known for his unique take on cinema as he bid farewell to the mortal world, leaving behind some great cinema legacy. Chatterjee’s last rites were conducted in Santacruz, Mumbai, at around 2 pm today.

He is known for bring a new dimension to the world of comedy with films like Khatta Meetha, Chhoti Baat, Shaukeen, Chameli Ki Shaadi and others.

As the news of his death broke the internet, many Bollywood celebrities paid their condolences to the great filmmaker.

Amitabh Bachchan wrote in a tweet, “Prayers and Condolences on the passing of Basu Chatterjee .. a quiet, soft spoken, gentle human .. his films reflected the lives of middle India .. did ‘MANZIL’ with him .. a sad loss .. .. in these climes often remembered for ‘rim jhim gire saawan’.”

Shabana Azmi said, "Deeply saddened to hear about Basu Chatterjee’s passing away.A prolific filmaker, he was the pioneer of what came to be regarded as middle of the road cinema. I was fortunate to have done 3 lovely films with him Swami Apne Paraye and Jeena Yahan. All lifelike characters .RIP"

Meanwhile, Shoojit Sircar remembered his mentor and said, “My 1st job as an assistant director was with Basu Chatterjee for a Bengali tv serial shot in CR park, New Delhi.. May his soul Rest In Peace.”