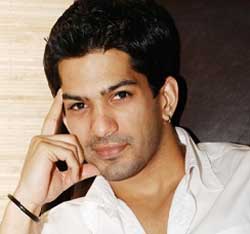 Amit Tandon, popularly known as Dr. Abhimanyu of Star One's Dill Mill Gayye is back in a new avatar!! He will now be seen hosting UTV Bindass' new season of Dadagiri..

UTV Dadagiri which had a unique concept last season was shot at Manali. This time the show is titled 'Dadagiri – Revenge of the Sexes'. The shoot will be taking place in the locales of Goa with the handsome hunk Amit Tandon hosting it.

Amit Tandon is already in Goa with his six month old daughter and wife. Confirming the news he said, "Yes I am hosting the show. I have done a reality show, a daily soap and now am hosting a reality. I was initially a VJ with Channel [V], and do not need any preparation for the show as such. I love the concept of the show, and UTV Bindass is popular for its shows like Emotional Atyachaar. My role as host is to be with the contestants and visualize everything. I will be a spectator too and it will be nice fun".

Dadagiri will launch on January 15th on UTV Bindass..

loveamit 9 years ago looking really hot in dadagiri-revenge of the sexes.. verryy hott i mean!

cherry_an 9 years ago AMIT r u planning to kill ur fanz or wat?? wid ur HHOOOTTTNESS??
if u r,then mission accomplishd ya!
coz m toh already dead1!! :)))))

richasharma0991 9 years ago amit u r looking damm hot in dadagiri . im seeing show only for u .u kill yaar

What a comebackk.....missed you too much