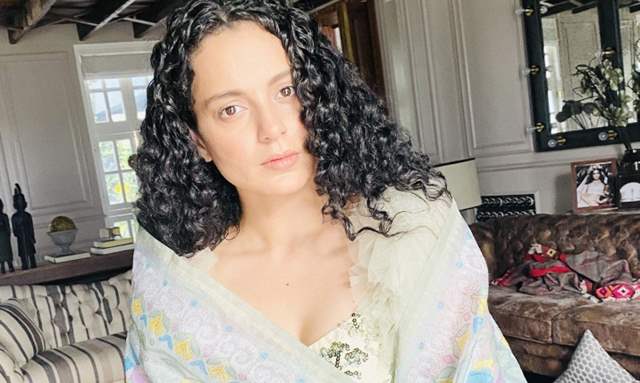 Actress Kangana Ranaut’s recent remark: “Why Mumbai is feeling like Pakistan occupied Kashmir?” has sparked a controversy on Twitter, and many celebrities have come forward to slam the actress for her comment against Mumbai.

MNS head Ameya Khopkar also warned Kangana and stated that “We will not allow anyone to unjustly criticise the Mumbai Police." Bollywood actors like Renuka Sahane, Urmila Matondkar, Sonu Sood, Ritiesh Deshmukh among others responded to her comment through several tweets.

It all started after Sanjay Raut took a dig against Kangana in his column saying that her "treachery" was shameful as she criticised the Mumbai police despite living in the city. He had written, "We kindly request her not to come in Mumbai. This is nothing but insult to Mumbai police. The Home Ministry should take action over it.”

Amid the backlash against her, Kangana has taken to Twitter to announce her return to Mumbai, and also issued an open challenge. She wrote: “I see many people are threatening me to not come back to Mumbai so I have now decided to travel to Mumbai this coming week on 9th September, I will post the time when I land at the Mumbai airport, kisi ke baap mein himmat hai toh rok le.”

Kangana Ranaut has constantly been voicing her opinions on Twitter over the Sushant Singh Rajput case and emerged as one of the most prominent voices while demanding justice for the late actor. She also raised questions at the drug nexus in Bollywood and stated that she will help the Narcotics Control Bureau to expose the big names.

Funny29 1 months ago I still wonder why the aunt hasn't been arrested, lock up and throw away keys is the best solution.