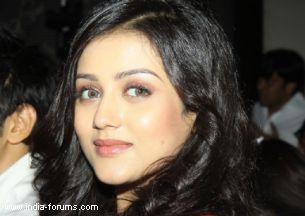 Actress Mishti, whose debut in "Kaanchi" received a lukewarm response, says she feels she has grown and matured thanks to the one weekend when the Subhash Ghai film hit the screens.

"Kaanchi" released April 25. Now that Mishti is said to be doing another film with Ghai and this time starring Salman Khan, she says all the flak has made her stronger and wiser.

Says the spirited Bengali girl: "It is said what can't break you, makes you stronger. These last few days have matured me. It's amazing how one weekend can change one's entire life. Today I feel stronger than I did earlier. I think I've grown up."

Not that Mishti is overjoyed by the response to the film.

"That's one year of my life. During the last one year, I did nothing except 'Kaanchi'. It was my life. Now there is a feeling of disappointment at the way some critics have responded to the film and my presence."

"There is also a vacuum within me, as I've nothing else lined up at the moment."

Responding to the criticism that she is awkward and shrill in the film, Mishti retorts sardonically: "I play a village girl. I don't play a city-bred chick who knows how to modulate her voice and walk as though she's on the ramp."

"I walk and speak clumsily because that's the way my director Subhashji conceived my character. She is not sophisticated like Aishwarya Rai in 'Taal'."

"'Kaanchi' is my first film. I am learning. I am trying to understand the grammar of film acting. Luckily for me, I got a fantastic teacher in Subhash Ghai-ji. Whatever I know about acting comes from him."

Meanwhile, she is getting ready to do another film with Ghai.

"I've a three-film deal with Subhash-ji. Even if I didn't have that to fall back on, I wasn't going to leave just because people criticized my first film. I've several offers in Bangla."

"But I am not shuttling back and forth between Kolkata and Mumbai to keep my career going. I'll stay put in Mumbai to fight my way through the criticism that has come to me for 'Kaanchi'."

"Why should I take it to heart? Whatever is being said must be the result of careful thought. I've taken some of the criticism seriously. I will work to improve myself."