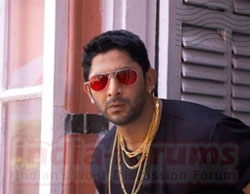 Mumbai, Nov 23 (IANS) Arshad Warsi admits he plays the second lead in Vivek Agnihotri's 'Dhan Dhana Dhan Goal' but denies that he is boycotting the promotional campaign because his co-star John Abraham has got a meatier part.

'I was in bed for two weeks. I had terrible allergy attack. My face was completely swollen. It started with a viral fever. But after two days I started getting itchy and swollen. I had kept time aside for the 'Goal' promo. Thank god I wasn't the only actor in the project. That would've been disastrous,' Arshad told IANS.

Arshad, who is all set to launch his production house, realises he needs to do films that are more 'me-centric'.

'But I can't complain. I got into 'Goal' with my eyes closed. And I'm very honestly saying the problems with John and Bipasha (Basu) were highly exaggerated by the media. Bipasha is a very honest girl. I had no problems with either her or John.'

He admits there was a problem with the narration.

Arshad, who was given a prominent part in both the Munnabhai movies - 'Munnabhai M.B.B.S.' and 'Lage Raho Munnabhai', found his character getting inconsistent in 'Goal' on a couple of occasions.

'Nothing major, but I remember there was a moment when after a football match my character suddenly had to behave in a weird and aggressive way. I couldn't understand why I had to be presented in that way.' 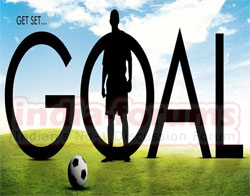 He admits the dialogues were changed.

'But it was a minor thing. And I made sure my character wasn't inconsistent. I knew 'Goal' was John's film, and I knew what I had to do with my character. I was given a fair deal all the way to the promotion and publicity. It's like 'Om Shanti Om'. It is Shah Rukh's film. Arjun Rampal couldn't be in all the publicity. Likewise 'Goal' is John's film.'

However, Arshad says casting himself in the lead isn't his primary motivation for turning producer.

'I'm not producing a film to play the lead. I thought of an idea and I wrote the script. I told Raja Sen to direct it and I asked him to tell me which actors he wants. He said he wanted me.'

Naseeruddin Shah and Konkona Sen Sharma are the other two actors Arshad wants in his first production.

'Meanwhile, I've done two films 'Sunday' and 'Krazzy 4' with Irrfan Khan. He's so completely different in both. And we both play the lead in 'Krazzy 4'. That's one film where I get enough space to qualify me as the lead. 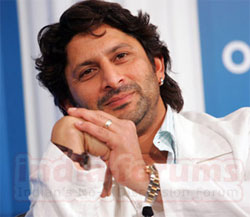 'The director Raja Sen is methodical. Now that he's directing for me, I managed to get all the crew in place when my shooting starts six months from now. That's how I want to work. Who wants extra headaches?'

All said Arshad is proud of 'Goal'.

'It's my first non-comedy role in a long time. I got to do a serious role after 'Saher'. And that for me was a big attraction. Secondly, I got to play football. That was very interesting.'

Ask Arshad if Agnihotri is a good director and he gets candid.

'He's a good technician. He has a method to his madness. He visualises and executes well.'

He describes 'Goal' as a bright sports film.

'Chak De! India' had an element of realism. 'Goal' is an out-and-out entertainer. I'd like to be accepted in a serious role. Don't look at me as a comedian in this film. When you leave 'Goal' you'll walk out with John. But you won't forget me.'