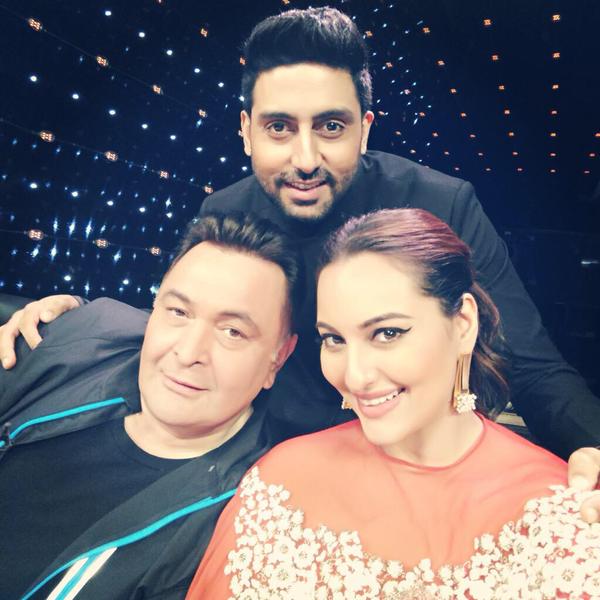 Sony TV's Indian Idol Junior Season 2 will soon witness the two popular actors of Bollywood on their show to promote their upcoming movie.

As per our source, "Abhishek Bhachchan and Rishi Kapoor will be seen talking about their upcoming film All Is Well on the stage of Indian Idol. Being on a stage for singers, Rishi Kapoor won't be able to stop himself from singing. The song he will seen singing is Main Shayar Toh Nahi and that left the judge and audiences mesmerized.

Both the B-Town actors were really happy and so they chose social networking site to share about their experience.

So gear up audience to witness another fulfilling episode of Indian Idol Junior season 2!

5 years ago so indian idol is all about singing and the judges needs to be a singer by profession so what is an actress (sonakshi) doing on the show? i have nothing against her but i fail to understand how the judge system works. In singing show what advise can actor give and in a dancing show what advice can a singer give LOL

5 years ago I like Vaishnav. Any kind of songs he will sing with ease.

+ 4
5 years ago nithyashree and nahid are so fine.. they r filled with talent