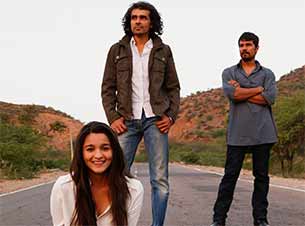 Alia Bhatt-starrer "Highway" is yet to release, but the young actress hopes to work with its director Imtiaz Ali again.

"The film was supposed to release earlier, but it got pushed. I told Imtiaz sir that we have time and let's shoot it again, we can do it. So, if I could work with Imtiaz sir once again, probably 'Highway' sequel," the 20-year-old said here Monday at the first look launch of "Highway".

Alia says she wants to do the film's shooting all over again.

"Today also I want to go back to the first day of shoot and I want to do it again," she said.

The film, which also stars Randeep Hooda, will hit the theatres Feb 21 next year.