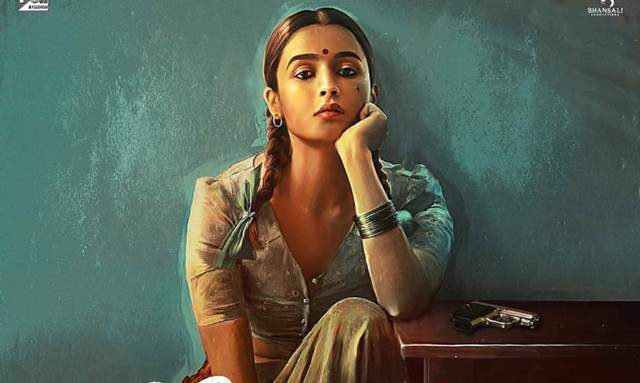 Earlier this year, Alia Bhatt released the first look from her upcoming film - Gangubai Kathiawadi, and the fans have been excited for the same. The Sanjay Leela Bhansali directorial was knocked into action and the set depicting the 1960s was also constructed. However, with the tensions brewing up amid the coronavirus outbreak, several shoots had been called off leading to daily wage workers going out of commission.

While the government has relaxed the ban on shooting amid the coronavirus pandemic, Bollywood actors are gradually returning to work. Now, Alia Bhatt has reportedly resumed shooting for Sanjay Leela Bhansali's Gangubai Kathiawadi in Mumbai and the cast and crew have been pulling an all-nighter.

The latest Mid-Day report stated that SLB, who was shooting just before the lockdown came into effect, has picked up right where he left off.

Previously, a set depicting the 1960s era was also constructed in Mumbai and was later taken down due to the arrival of monsoons in the city. However, a portion of the set which resembles Mumbai's Kamathipura was left untouched. Gangubai Kathiawadi's cast and crew now shoot in the evening and the filming goes on till early morning.

The Mid-Day report quoted a source saying, "To maintain continuity, Sanjay sir picked up the shoot exactly from where he had left it. Since October 1, Alia and the team have been reporting to the set by 7 pm, and the stint goes on till the wee hours of the morning. Although a part of the grand set had been pulled down ahead of the monsoons, the portion resembling Kamathipura had been left untouched. So, the director has been able to shoot without any hiccup."

Meamwhile, Alia is scheduled to wrap up her scenes soon. As for the film's songs, the source added, "While television actor Shantanu Maheshwari had filmed his song before the lockdown, the shoot of two more tracks is on the cards."