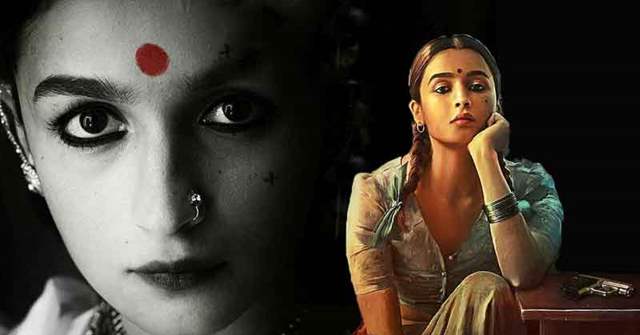 The first look of Gangubai Kathiawadi came out yesterday and well, as the excitement seemed so far- there was nothing that worked with Alia Bhatt’s look that  the audience wanted to see, claim a few netizens.

Not only was the look underwhelming but it was surely disappointing to see Alia not play anything closer to her age.

With a mature character like Gangubai Kathiawadi, a gangster with a pistol under her sleeve, Alia just looks child-like, trying very hard to fit into the mould of a character in the posters released.

Unpleasant to the eyes, the overdramatic poster just makes us wonder- why is this so?

Check out what the netizens has to say:

With the kind of characters that Alia has played earlier, this one with Gangubai Kathiawadi is already getting some not-so-great reactions. Only time will tell if the movie does well but Alia’s look clearly has not!

Meena1428 6 months ago Jealous people who cant let celebrities have their way....she has been doing great choosing her work so far ...and it's just poster and it seems alright to me! I'll definitely watch it and are excited about it 🙂 👏🏽