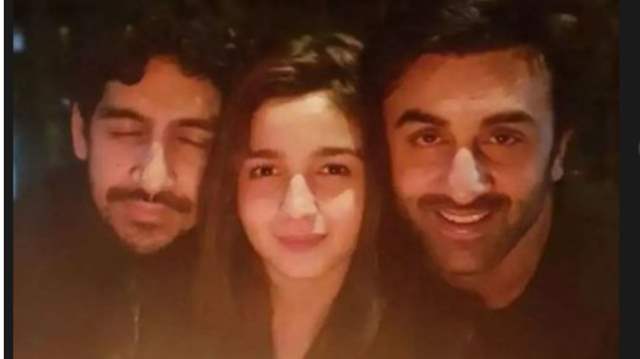 The highly anticipated film Brahmastra is just a few days away from its grand theatrical release and the fans as well as the cast members and makers can't keep calm. A lot of buzz has been generated on social media surrounding the film and the team have been making an exciting countdown trend.

With three days are left for the release, Alia Bhatt took to her Instagram handle and shared a video wherein she was seen with hubby Ranbir and Ayan Mukerji sitting in the theatre. She mentioned that the three of them along with the crew members watched Brahmastra in 3D for the very first time.

Ranbir said that he can't believe that the film is releasing. Ayan further added that before the release they wanted to have a big experience just like they want their viewers to enjoy. They also announced that the team will held a special screening for their fans on 8th September, a day prior to the release. Sharing the video, Alia wrote, "ATTENTION! ATTENTION!!!! 3 days to gooooooooooooo."

The film has almost taken 10 years to be made and now that it is finally releasing, fans are waiting with bated breath to witness the spectacle on the big screens.

Amitabh Bachchan, Mouni Roy, and Nagarjuna Akkineni all play significant parts in Brahmastra. The movie, which was directed by Ayan Mukerji reportedly cost over Rs 400 crore to make it the most expensive Hindi film to date. On September 9, 2022, Brahmastra will be released in four additional languages: Tamil, Telugu, Kannada, and Malayalam. The film will be presented by S.S Rajamouli in all the 4 south languages.