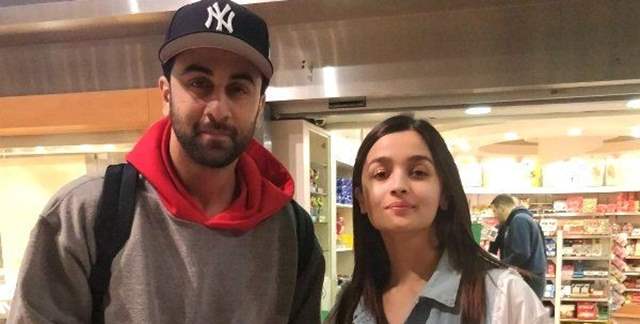 The paparazzi spotted Bollywood's power couple Ranbir Kapoor and Alia Bhatt leaving the city together on Monday morning. The couple not only wore casual outfits to the airport, but they also matched the colour of their tees.

The paparazzi can be seen in the video urging Ranbir and Alia to stop for shots. Ranbir, on the other hand, was seen telling them that they were already walking slowly. Alia giggled and looked away from the cameras when she heard this.

Ranbir reminded them that walking makes for great shots. He said,

The couple posed at the airport gate and then left. Ranbir was seen in a white tee and black bottom while Alia opted for blue distressed jeans and a white tee with a cat print on it. 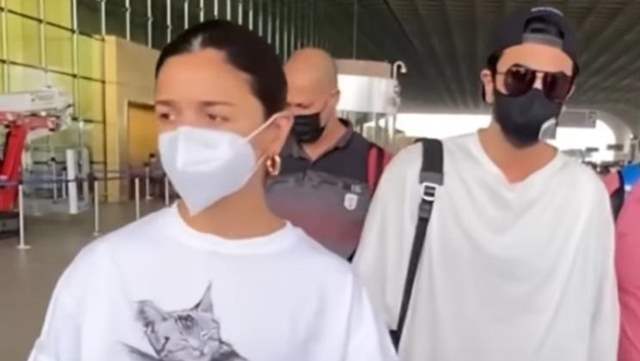 On social media, photographs and videos of Alia lounging with the RRR group and Aamir have gone viral. Alia also returned from a Maldives birthday vacation with her mother Soni Razdan and mother Shaheen Bhatt this week. Ranbir, on the other hand, was busy filming a film with Shraddha Kapoor.

While on the workfront, Ayan Mukerji debuted Alia's first look from Brahmastra on her birthday last week. She will appear alongside Ranbir in the film.