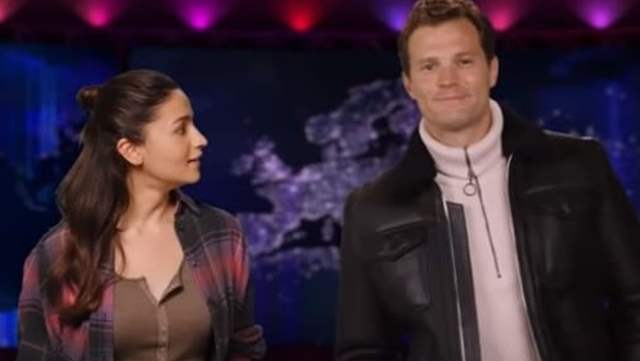 Actress  Alia Bhatt is currently basking in the success of Brahmastra, which released in the theatres on September 9, 2022. The film also starred Ranbir Kapoor, Amitabh Bachchan, Nagarjuna Akkineni, and Mouni Roy. The Ayan Mukerji directorial has been released in five languages - Hindi, Tamil, Telugu, Kannada, and Malayalam.

Well, now the Ganugabi Kathiawadi is all set for her big Hollywood debut with Netflix's Heart Of Stone, which also features Gal Gadot and Jamie Dornan in the lead.

Now, Netflix is back with their yearly international fan event Tudum, which will feature the most adored and well-known actors worldwide. On Thursday, Alia shared the promo on her social media handle, in which she is seen sharing the screen space with Jamie.

She asks him, ‘Are you ready?’ Meanwhile, the Thudum event will feature fans' Hollywood shows like The Crown, Money Heist, Emily in Paris, and more. It will also include several Indian shows and movies, such as Irrfan Khan’s son Babil Khan’s debut film Qala alongside Tripti Dimri, Monica, O My Darling, Guns & Gulaabs and others.

For the unversed, Heart of Stone, a spy thriller helmed by Tom Harper. It is co-produced by Skydance Media, Mockingbird Pictures, and Pilot Wave. Alia, who wrapped her Heart Of Stone schedule in July 2022 had also shared photos from the set.