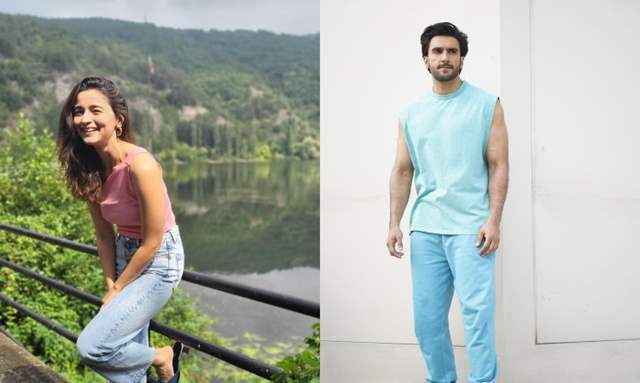 Sanjay Leela Bhansali may be wholly engrossed in his debut web series, Heeramandi. However, he has his sights set on taking his next big project, Baiju Bawra, to the floors. The filmmaker, known for designing big-screen epics, has already begun construction on the set, which is being built at Film City, Goregaon. SLB is expected to start filming in October.

All rumors about Ranbir Kapoor being cast in Sanjay Leela Bhansali's next film, the musical marathon Baiju Bawra, must end now. This isn't Ranbir. Alia Bhatt, his better half, has been cast as the leading lady opposite Ranveer Singh in Baiju Bawra.

As per a close source to the filmmaker,

Ranveer Singh was the first actor to sign with Baiju Bawra. Bhansali's first choice. The character requires a certain Junoon, which only Ranveer can project. Ranbir was never considered for the role

On the other hand, Alia Bhatt had made up her mind that she would be Sanjay Bhansali's leading lady in his next film after Gangubai Kathiawadi, come what may. A source further revealed,

Alia was insistent. Bhansali thought she fitted the part. When she read the script, she went berserk. Alia says it is the best script she has read.

According to a Mid-day report, the filmmaker has now cast Ranveer Singh and Alia Bhatt in key roles. According to a source close to the situation, the two actors are filming for Karan Johar's Rocky Aur Rani Ki Prem Kahani. However, it is like they will likely work on their date schedules.

13 hours ago Bhansali doesn’t believe in letting his heroes live, even once 😄With Baiju Bawra the bigger curiosity should be around the singer though☺️. … BHAGWAAAAN… ☺️