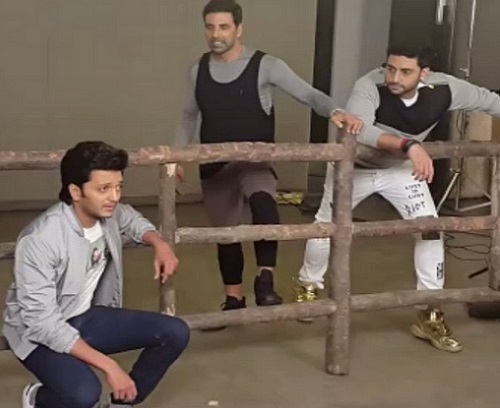 Akshay Kumar has done many death-defying stunts in movies, but there are times when the action star makes mistakes too. Without having any qualms about it, Akshay shared a blooper while shooting for his next film "Housefull 3".

With his co-stars Riteish Deshmukh and Abhishek Bachchan standing near him, Akshay is seen trying to jump over a few wooden bars, but is unsuccessful in doing so.

"While you enjoy my coordination in the #Brothers ring this weekend, here's a #Blooper on my 1st shoot of #Housefull3," Akshay wrote along with the 15-second video that he shared on Twitter on Sunday.