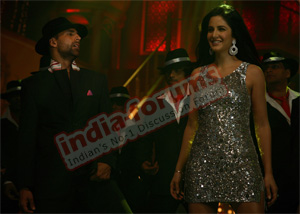 Featured Video
eo has been done with a very stylized look with mind blowing special effects. 'Welcome' will be Akshay's last comedy of the year. Welcome is touted as the biggest release of Eid and Christmas and it marks the return of the Akshay-Katrina pairing for the third time, besides assembling the biggest ensemble cast comprising Paresh Rawal, Anil Kapoor , Feroz Khan , Nana Patekar and Mallika Sherawat under one roof.

Ask Akshay about his reign at the box-office this year and ‘Welcome’ and he smiles, "I'm happy that the three comedies I did this year had the box-office laughing. Welcome is the king of them all! It's a laugh-riot from the word go and I hope everyone enjoys it during the festive season as it is my last major comedy of 2007!"