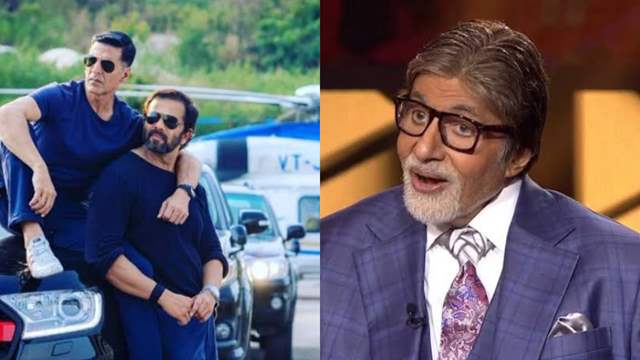 Bollywood's most awaited release post pandemic and the first film to hit theatres after reopening after 18 months, 'Sooryavanshi' starring Akshay Kumar and Katrina Kaif is leaving everyone impressed, including Big B Amitabh Bachchan.

In the recent guest appearance on a quiz show hosted by Shahenshah of Bollywood filmmaker Rohit Shetty, Katrina Kaif and Akki spilled the beans about the high-drama action flick.

“If you watch the film you will realise. What we did was, we harnessed the bike because it would fall otherwise. His (Akshay Kumar’s) job was to hold the ramp of the chopper. The chopper will take off a bit and then we will cut the shot, harness him and then take the next shot.”

"We were shooting in Bangkok, I have no idea when he had a word with the pilot. He left the bike, held onto the ramp and the chopper took off (along with Akshay without a harness.). He is without a harness in that shot. Hum sab dekhte reh gaye kya ho raha hai (we kept wondering what was happening)” the filmmaker explained in the show. “Luckily, my cameraman followed, jo aap film mein shot dekh rahe hain, that is a real shot. There is no harness".

To this, Big B went ‘Wow!” for the film team. Akshay quickly chimed in saying that he doesn’t advise anyone to try it and called it his bewakoofi. “Sir, do not do it again, ever. Ye bahut hi mushkil hota hai,” warned the senior actor.

Furthermore, during the show, Amitabh also reminisced about his hit film ‘Dostana’ from 1980 and revealed he was in talks to shoot a similar scene where he had to work with a harness.

The film that is the third film of Rohit Shetty's cop universe, released worldwide on the festive occasion of Diwali. 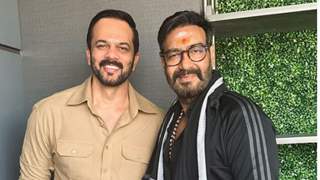