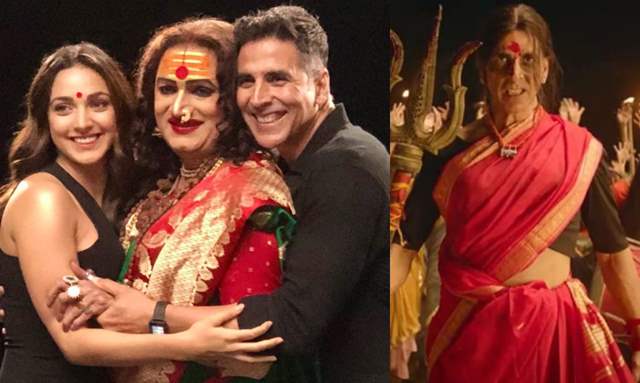 Akshay Kumar's much-awaited film 'Laxmmi Bomb' is all set to release on Disney+Hotstar. Akki is geared up to play the role of a lifetime: a transgender in this movie. The actor is trying his best to uplift the transgender community through Laxmmi Bomb and he also has a plan to promote his film.

A latest SpotboyE report mentioned that Akshay Kumar has now roped in the celebrity transgender Laxmi Narayan Tripathy. She will be a part of the film’s marketing henceforth.

The report also quoted a source who revealed that Ms. Tripathy is being paid handsomely for making herself a part of the film’s marketing campaign and that she has agreed to promote and endorse Akshay Kumar’s transgender role.

“Laxmiji was roped in on Akshay Kumar’s behest. She is quite kicked by the idea of a Bollywood superstar playing a transgender,” said the source.

The film is a remake of the Tamil movie Muni 2: Kanchana and stars Akshay Kumar and Kiara Advani in lead roles. Laxmmi Bomb was initially scheduled to release in theatres on May 22.

Speaking about his character in Laxmmi Bomb, Akshay previously said that "Laxmmi Bomb was a mentally intensive role. It is 'never experienced before' kind of role. Playing a transgender was mentally tough. It is different than anything else I've ever done before and I had to take care of the smallest things, right from how to walk to how to sit."

Also Read: Akshay Kumar on Playing a Transgender in Laxmmi Bomb: It was Mentally Tough; Willingly Gave Retakes to Make Sure to Not Offend Any Community

Previously, Akshay Kumar and Kiara Advani starrer Laxmmi Bomb came under scanner after the film received massive backlash on social media. The makers dropped the trailer of the horror-comedy film, and it garnered a lot of praise. However, a section of the audience was displeased with the same and made it to the headlines for all the wrong reasons.

However, it seems roping Laxmi Narayan Tripathy as a team member might improve the film’s stand amongst the audience.