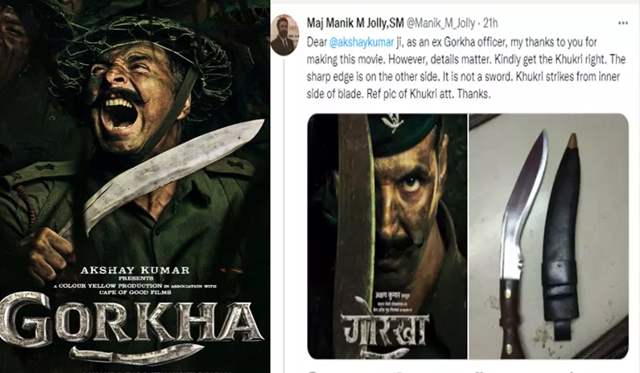 Actor Akshay Kumar, who is constantly known to churn out one film after the other and make big announcements as well about the same - did it recently when he went on to announce his next film with his look from the film as well - Gorkha. He took to Instagram to share a poster on the occasion of Dussehra. However, soon after, a retired Army officer spotted an error in the poster and he informed the actor about the same.

The retired officer wrote, ''Dear @akshaykumar ji, as an ex Gorkha officer, my thanks to you for making this movie. However, details matter. Kindly get the Khukri right. The sharp edge is on the other side. It is not a sword. Khukri strikes from inner side of blade. Ref pic of Khukri att. Thanks.'' 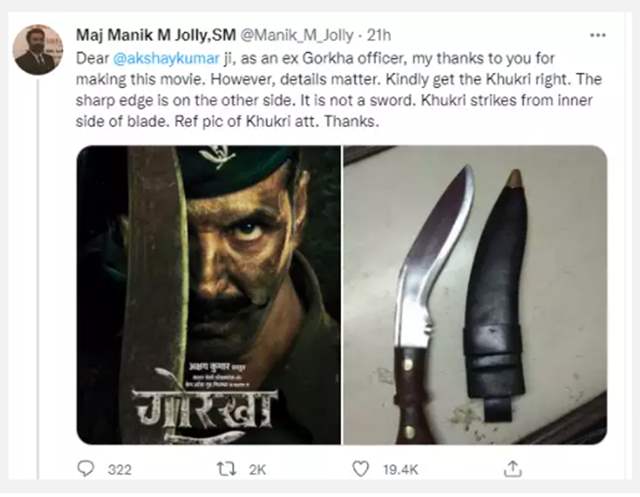 Taking note of the same, the 'Khiladi' star has now promised to ‘take utmost care’ to maintain authenticity during the shoot. Akki replied by saying, ''Dear Maj Jolly, thank you so much for pointing this out. We’ll take utmost care while filming. I’m very proud and honoured to be making Gorkha. Any suggestions to get it closest to reality would be most appreciated.'' 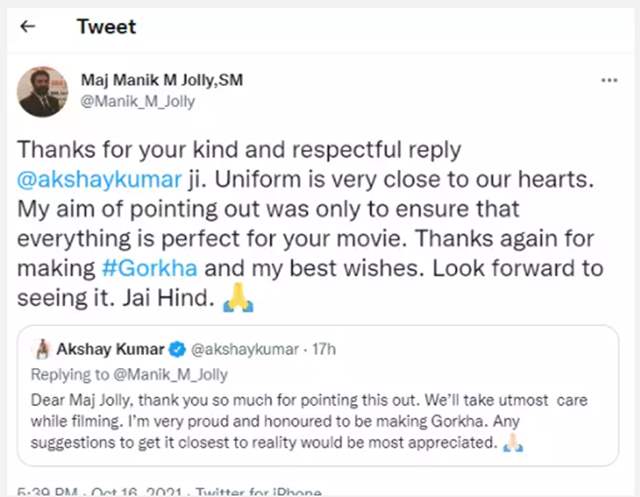 The officer thanked Akshay for making the movie. He further tweeted, ''Thanks for your kind and respectful reply @akshaykumar ji. Uniform is very close to our hearts. My aim of pointing out was only to ensure that everything is perfect for your movie. Thanks again for making #Gorkha and my best wishes. Look forward to seeing it. Jai Hind.''