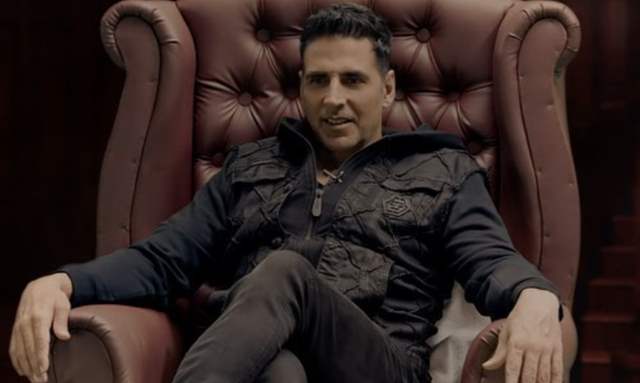 Like many other Bollywood actors, Akshay Kumar also contracted for Coronavirus on Sunday (April 4, 2021). The Ram Setu actor has now issued an official statement about his health update. Expressing his gratitude for all the wishes and prayers, Kumar confirmed that he has been admitted to the hospital and hopes to come back home soon.

“Thank you everyone for all your warm wishes and prayers, they seem to be working,.. am doing fine, but as a precautionary measure under medical advice, have been hospitalised. | hope to be back home soon. Take care,” Akshay Kumar said in a tweet on Monday.

The B-town has seen an unprecedented spike in the coronavirus cases as many Bollywood celebrities including, Alia Bhatt, Neetu Kapoor, Kartik Aaryan, Aamir Khan and other celebrities were recently tested positive for Covid-19.

Akshay Kumar’s coronavirus diagnosis comes as a shocker to the entire nation as he was reportedly admitted to Hiranandani Hospital, Powai. He got admitted yesterday at around 5 pm, reported ETimes. The Khiladi Kumar was shooting for his upcoming film titled Ram Setu in which he essays the role of an archaeologist.

In a shocking turn of events, 45 out of 100 junior artists who were going to join the team of Ram Setu have tested positive for Coronavirus. The news has been revealed by FWICE (Federatioon of Western India Cine Employees) General Secretary Ashok Dubey.

11 days ago And karma strikes again.