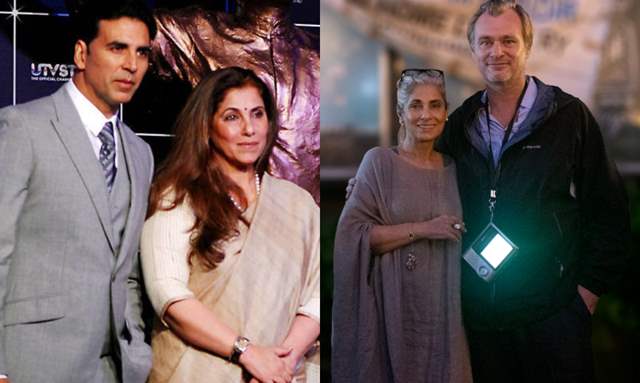 Christopher Nolan directorial Tenet has finally made it to the theaters and it was a proud moment for all Indians as talented actress Dimple Kapadia is also a part of the stellar cast of the Hollywood flick. Even Akshay Kumar is proud of his Mother-in-law

Recently, the director penned a heartfelt note to the senior actress on the eve of Tenet's release in India.

Sharing a post about the same on his social media handle, Akki dropped a glimpse of the director's note for his mom-in-law and actress Dimple Kapadia.

The Laxmii expressed his ‘Proud son in law moment’ for Dimple as she achieved this feat. He wrote, "Here's my proud son-in-law moment! #ChristopherNolan pens a heartfelt note to #DimpleKapadia on the eve of their release.Had I been in her place,I wouldn't have been able to move in awe but having watched her working her magic in #Tenet,I couldn't be more happy and proud of Ma."

The film was released across the globe, starting with the UK on August 26 and the US on September 3. So far, the film has been appreciated by the critics and surpassed general expectations considering the opening weekend predictions are concerned.