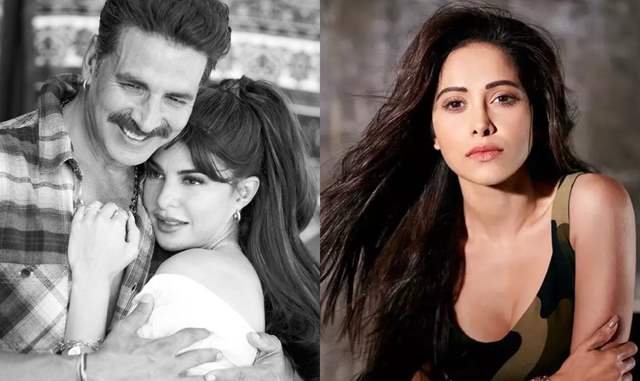 Nushrratt Bharuccha is all set to join hands with Akshay Kumar for the first time, with Ram Setu. Recently, the actress took to her social media to give a glimpse of a reading session from the film, alongside Akshay Kumar and Jacqueline Fernandez.

As reported earlier, Jacqueline is reuniting with Akshay for the fifth time in a row and for this she is leaving no stone unturned to prepare herself to the fullest and give her best shot. A source close to the actress had revealed to us that she and Akki have become inseparable.

Jacqueline and Akshay have a lot of interests in common, from trying healthy dishes together, to waking up early morning and working out. They had a blast shooting on the sets of Bachchan Pandey in Jaisalmer too, where they were often spotted chit-chatting nonstop and discussing about scenes. Jackky is really pumped to get on sets with Akshay sir again with 'Ram Setu'. The duo travelled back from Jaisalmer to Mumbai to start the prep of the film.

Now, we hear, just like Jacqueline, even Nushrratt Bharuccha is super thrilled and excited to share screen space with Akshay and is leaving no stone unturned to prepare for her character to the fullest.

A source close to the actress reveals,

It will surely be a sight to behold to watch Nushrratt and Akshay, gracing the silver screen together for the first time. Basking in the glory of her much-loved avtar from latest Diwali release 'Chhalaang', Nushrratt's character from 'Ram Setu' is much awaited.

Apart from 'Ram Setu', the actress has a commendable line-up of projects to look forward to, namely - 'Hurdang' opposite Sunny Kaushal and Vijay Varma, Omung Kumar's 'Janhit Mein Jaari', and horror drama 'Chhorri'.