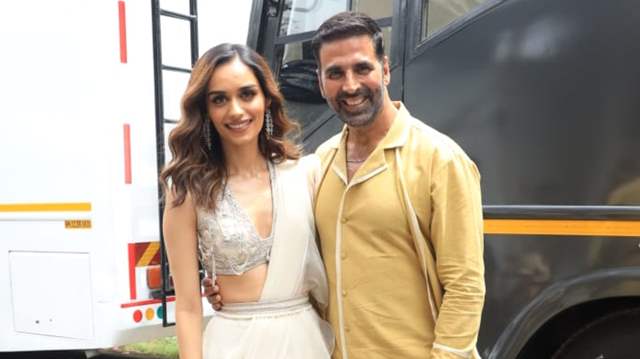 Akshay Kumar and Manushi Chhillar are revving up for the release of their upcoming film Samrat Prithviraj. In the past few days, they have been on a promotional spree and are currently in Delhi.

Akshay and Manushi visited the memorial of Samrat Prithviraj Chauhan in Delhi today and offered garlands, paying a tribute to the emperor. Pictures of the actor duo have been making rounds on social media with the garlands in their hands. In the pics, Akshay can be seen sporting salmon kurta with white pajmas while Manushi is looking gorgeous in a white kurti and palazzo set with a dupataa. 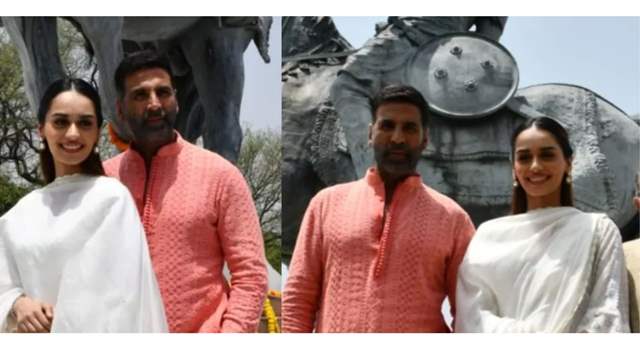 They honoured the heroic warrior who also happens to be India's last Hindu Samrat, by carrying his flag. The film 'Samrat Prithviraj,' starring Akshay Kumar, is based on the heroic life of the brave king Prithviraj Chauhan. In this visual extravaganza, he portrays the famous hero who battled valiantly to rescue India from the cruel invader Muhammad of Ghor. Director Dr Chandraprakash Dwivedi is paying a tribute to his selfless sacrifice by carrying his flag to historic sites around India in the run-up to the film's release. The team also headed to Varanasi and also did the Ganga Pooja.

In 'Samrat Prithviraj,' Manushi Chhillar plays King Prithviraj's devoted Princess Sanyogita, and her debut is undoubtedly one of the most eagerly anticipated appearances of 2022. In addition, Sanjay Dutt and Sonu Sood play a significant role in the film. The movie will be released in Hindi, Tamil, and Telugu on June 3rd.