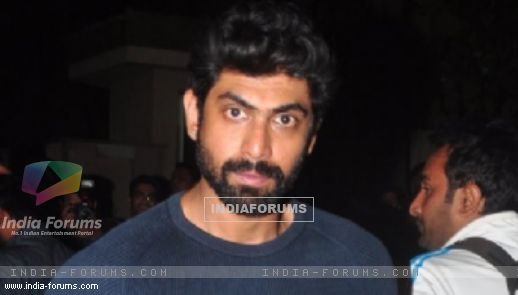 Actor Rana Daggubati will be seen with Akshay Kumar in the forthcoming film "BABY" and he is all praise for the action star.

"Akshay is very disciplined and it's great to work with such actors. He is certainly an action hero who has experimented with all the roles," Rana told IANS.

Rana Daggubati, who was seen in Ram Gopal Varma's 2012 film "Department", also shared why the movie bombed at the box office.

"For the sake of unnecessary commercials, he made a film that he did not understand. 'Department' was meant to be a film like any of his gangster films. He should have just continued making that," said the actor.

"He is one of my favourite filmmakers of all time. I got an opportunity to work with Amitabh Bachchan and Sanjay Dutt in the film so, I have no complaints," he added.