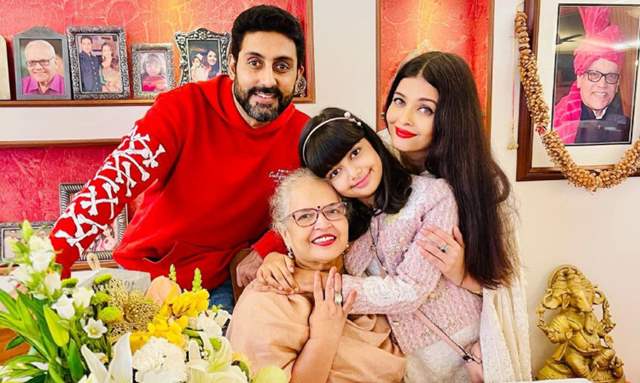 Aishwarya Rai Bachchan celebrated her mother Vrinda Rai’s 70th birthday on Sunday night with cakes, flowers and family. She even shared pictures from the birthday celebrations which was joined by her husband Abhishek Bachchan and daughter Aaradhya.

Taking to her Instagram handle Aishwarya shared three photos from her mother’s intimate birthday celebration. One of the photos features Aishwarya posing with Abhishek, Aaradhya and her mother. They can be seen posing next to some delectable birthday cakes. “HAPPY 70th BIRTHDAY DARLING MOMMYYY-DODDAAA LOVE YOUUU (sic),” Aishwarya captioned the picture.

The Taal actress of Aaradhya, Abhishek and her parents on Instagram on birthdays and festivals. Earlier, Aishwarya Rai had shared an old picture featuring her late father Krishnaraj Rai, Vrinda Rai, Aaradhya and herself. “LOVE OF MY LIFE (sic),” she captioned the photo. Krishnaraj Rai died on March 18, 2017.

Meanwhile, on the work front, Aishwarya Rai Bachchan was last seen in Fanney Khan, which released in 2018. The film also starred Anil Kapoor and Rajkummar Rao. Aishwarya is also part of the Mani Ratnam-directed Ponniyin Selvan.

On the other hand, Abhishek Bachchan was last seen in the recently released film ‘The Big Bull’. He also has Bob Biswas and Dasvi in the pipeline. 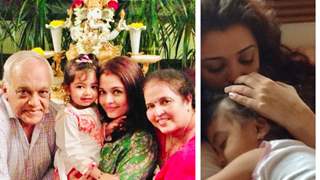 2 months ago Seeing Aaradhya's pics after a long time. She is too cute and beautiful