Mumbai, Sep 23 (IANS) Director Sanjay Leela Bhansali is back with 'Guzaarish'. And he has once again teamed up with Aishwarya Rai in the film and says she is his muse. He also describes her as a timeless actress of Bollywood. 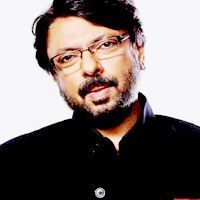 'Aishwarya is my muse, my jaan and I get terribly excited when I make a film with her because she is very, very special. Some people are timeless and Aishwarya will be there for another 20 years,' Bhansali told reporters Thursday at Cinemax, where the first look of 'Guzaarish' was unveiled.

Aishwarya said: 'This was a very special film for us. We are glad to share this special piece of work with you before we reveal it to the rest of the world.'

The director was also all praise for his male lead Hrithik Roshan.

In the film Hrithik Roshan will be seen as a magician, while Aishwarya Rai plays a nurse who is estranged from her husband. The film will reportedly touch the issue of controversial mercy killings.

Bhansali has even composed music for the film as he couldn't rely upon anyone to get the right effect. There are eight songs in the film and 12 songs in the album.

'The reason behind doing music of the film is that I think I understand the characters and understand most what they would express musically than any other music director. Some deep thoughts are my concern, so whatever little music I knew, it was a sort of experiment. But I am happy with what I have done,' said Bhansali.

Jointly produced by UTV Blink and Sanjay Leela Bhansali, the film would hit the theatres Nov 19.