View Profile
From a glam doll in Dhoom2 to a historical character in Umrao Jaan & Jodhaa Akbar, the Bollywood diva & Bachchan Bahu, Aishwarya Rai has portrayed an assortment of roles.

In her upcoming movie "Action Replay" she will don the look of an old woman. The director Vipul Shah says he has hired a 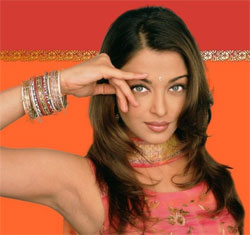 Featured Video
Hollywood make-up artist to get the right make up on her face.

Rumours doing the rounds stated that  Aishwarya had thrown tantrums on the sets of "Action Replay" and refused to comply with the international make-up artists. Instead she insisted on using her personal make-up man, Ojas Rajani as she trusts him completely.

Vipul Shah in a statement said "Ash did her old age make up with Paul, a Hollywood make-up artist. When we did it the first time, it didn't work out well. When you are doing age make-up, you can't correct it so it had to be removed fully and done again," . Vipul says  Aish shot the scenes patiently and "It took us six hours to get her look right. We started shooting at three in the morning and the shooting went on till 7 a.m.".

Vipul Shah has earlier made movies like "Waqt - The Race Against Time" and "Singh Is Kinng". The movie "Action Replay" also stars Akshay Kumar and the story progresses backwards in time.
Author: Lavanya (realitybites)