Star Plus' Saath Nibhana Saathiya has reached the peak with its consistent ratings on the TRP chart. But even after completing months, have have you known the characters of the show off screen?

After the recent interview with Giaa Manek, Telly Buzz thought that it is high time for us to familiarize the next important character in the show.

Mohammad Nazim, popularly known as the sophisticated business tycoon Ahem Modi, had a candid chat exclusively with Telly Buzz. He says how the show was destined to be his even after the initial shoot happened with a different cast. 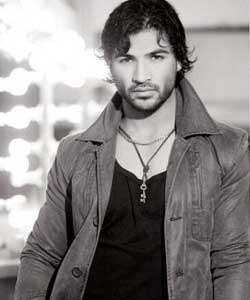 How has your journey in Saath Nibhana Saathiya been so far?
The journey has been really good so far and I hope it continues like that.

Your show has been one of the highest rated shows on TV; had you ever expected it?
Never had I expected the show to be this successful because our time-slot was quite early. I just hoped that the show does well as our story had an unusual concept and we have really worked hard for it. I am really happy that people like the show a lot.

What were your expectations when the show took off?
Actually I had no expectations at all because certain episodes of the show had already been shot with a different cast. I had actually not got a call from the production house after I had given my auditions and the look tests in the beginning. I was also doing CID that time and I got the call from them on the last day of the shoot for auditions and I was taken aback. After that I gave the look test and finally I was destined to do the character.

How similar is Ahem to you in real?
Ahem and I are similar in certain aspects where both are short tempered, carry their life carefully and are mama's boys.

Giaa Manek has said that Nazim is like Gopi on screen; is it true?
(Laughs) I know I am a little moody, but that is because I take my time to get along with people and I am really close and very cool with all my close friends. I just think before I take a step ahead in any relationship because you never know what kind of people you are dealing with. I just don't keep chatting with people around.

Ahem is always seen as a serious person who never smiles; have you got any comments on that?
Yes, of course and in fact people have always asked me why do I not like Gopi and why do I shout at her whenever she is around me. Recently when I was traveling in train, two guys were staring me for some time and finally they came to me and asked whether I was Ahem. When I said yes, they actually explained that they were really scared to approach me as they did not know how I would react. Finally they said that I am really different from the character.

Are you really like that?
I am not that serious and moody, but I know I take time to open up to people.

How is your rapport with your co-stars?
I have a good rapport with my co-stars where we all have a wonderful time on the sets. Till date, we four of us have had a good resonance and I hope it continues in future as well.

Who do you get along well on the sets?
Giaa is a great friend of mine.

A complete negative character in Shaurya aur Suhani and now a tough businessman in Saathiya; which one did you feel tough portraying?
Ahem, because here the character is complicated. Ahem is a sophisticated person who has to carry himself well and is tough, but at the same time very close to his mother. He is a person who doesn't care about anyone else except for his mother.

Recently you were off to Star Parivaar Awards in Macau; how has the experience been?
The experience was great because that was my first trip outside India where I got to meet all the members of Star Plus. I met people from Sasural Genda Phool, Pratigya and all the other shows of Star Plus. We had a great time interacting with each other and I realized that what we think of them are not the same always. We had a great time and felt really great representing ourselves as a family there.

Can you tell us something about yourself?
I am basically from Punjab where I completed my education from Chandigarh and my family consists of my mom, dad, four sisters and an elder brother. I began my television career with Shaurya aur Suhani in Star Plus after which I went on to do shows like CID and Aahat later. I have done videos and ramp-walks also before I entered into television.

What is your dream role?
I like to do very intense roles like the one Aamir Khan had portrayed in Ghajini, where action and emotions are demanding in equal proportion. Also I like the character which Shah Rukh played in KANK and Kuch Kuch Hota Hain etc. There are a lot dream-roles that I wish to play.

You have been quiet about your personal relations; are you single?
Yes, I am absolutely single.

What would you like to say to your viewers and fans?
I know they have only one question for me and that is, when I am going to like Gopi. My answer is, please wait and keep watching the show because you people will definitely see a change in the behaviour of Ahem and also will get to see a changed Ahem in future.

9 years ago Hi Nazim, love u as aham in Saath nibhaana saathiya and love to read ur article again and again

ria_1 9 years ago plz don,t my comment,but i think he need speech therapy.

9 years ago Pshhh, you're moody on screen AND of screen Of course; not AS MUCH as on screen but hahaaha :D I never knew...O.o

+ 5
9 years ago Hi Mohammad, when are we going to see more changes in Aham towards Gopi...you are stuck in a loop, you softened and gave us a little bit of hope 2 weeks ago when you came back home for a cup of tea, after seeing Gopi in tears in the morning because you refused her breakfast then you turned back to being nasty to her, unpar or not she is a human being and has feelings too, be nice to the girl. Tell us when you are going to change for real.

9 years ago Found it funny to know you're a Mamma's boy offscreen & onscreen.

+ 3
9 years ago Is that 'Changed Ahem Soon' Is Very much like in next 2 weeks, cuzzz i am kind of tired of dragging disliking of Ahem towards Gopi.... Please change now...

jaanki_ 9 years ago Hii Ahem, please change soon and start like Gopi! We love your jodi :)