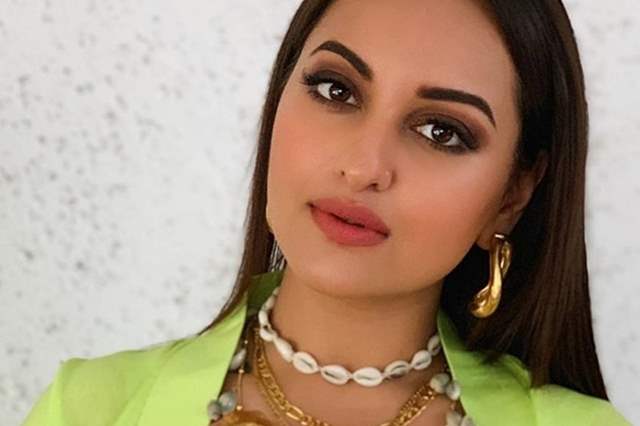 Actor Sonakshi Sinha has been rather vocal about all the possibly important topics, however, when the Sushant Singh Rajput case began gaining a lot of mileage, Sinha went on to deactivate her Twitter account. Having been on the receiving side of immense abuse and hate comments online, the actor has now launched a campaign.

Sinha, along with Mission Josh has launched a campaign called Ab Bas to spread awareness on cybersecurity, the impact of online harassment and legal options to deal with perpetrators.

On her Instagram profile, she was one of the public figures who turned their comments section off but only recently she opened it again. She urged everyone to refrain from any sort of harassment but despite constant appeals, a section of users continued to abuse and threatened her. According to SpotboyE, Mission Josh and Ritesh Bhatia from Cyber Baap helped in identifying the harassers and Sonakshi Sinha’s team approached Cyber Crime Branch Mumbai and FIR was filed against the perpetrators on 14th August. Earlier today, 27-year-old Shashikant Jadhav from Aurangabad was arrested. Jadhav had not only been harassing Sonakshi but many others and action against other perpetrators are underway too. Speaking on the developments, Sonakshi Sinha said, “I am immensely grateful to cybercrime branch Mumbai for taking prompt action and being so supportive. I took this step to report the culprits so that even others gather the courage to do the same.”

Adding further she said, “Ab Bas, we will not watch and allow online abuse to happen to us or others. I am extremely glad to be part of a campaign like this to help as many people as I can, who have been subjected to online harassment.”

Mansi and Vinav, founders of Mission Josh said, “We at Mission Josh believe in awareness with action. As the world is becoming more and more digital it’s important that we all become more responsible for what we see and do online. Watching someone abuse and not doing anything about it is equally wrong be it offline or online. So, let’s work together and make the online world safer for children as well as women and men both.” Amit Tuli, a member of Sonakshi Sinha’s team who initiated the proceedings said, “Our aim was to ensure the conversation around harassment translates into action so that it deters many others. Today it’s the celebrities being threatened, tomorrow it could be any of us, and this chain needs to be broken.”

Mumbai Cyber Crime Branch has been working for Women’s safety to curb down online harassment for women and girls and wants to encourage more women and children to step forward instead of hesitating. Dr. Rashmi Karandikar, DCP of Mumbai Cyber Crime Branch said, “We have arrested the accused. Mumbai police cyber cell continues to play a role in making the internet a safe place. Also, women safety has always been our priority. Cyberbullying and cyberstalking is a punishable offence. And we all should work in the direction of making the internet safe for all.”