Mumbai, July 20 (IANS) No one could anticipate that a star-studded birthday party of Bollywood actress Katrina Kaif would turn into a battle of the two Indian super stars - Salman Khan and Shah Rukh Khan - dividing the industry into two camps.

The two superstars were caught in a war of words on the July 16 party that Salman threw for current girlfriend Katrina, which later turned ugly.

Salman scoffed at Shah Rukh by saying that in spite of being a super star he could not make his show a hit.

Shah Rukh initially did not pay any heed to Salman's comments. The final blow came when Shah Rukh made a comment on Salman's ex-girlfriend Aishwarya Rai, inviting a furious retaliation from Salman.

The incident occurred late in the night, when many of the guests had left.

Though Aamir Khan tried his best to resolve the dispute that arose between Salman and Shah Rukh on Katrina's birthday party, the two are not in a mood for compromise as both have got the support from their well wishers in the industry.

Salman, who is known for his loyalty towards friends, got supportive calls from old time friends like Kareena Kapoor and Akshay Khanna, said sources.

Fardeen Khan and Zayed Khan also showed their concern for the actor by calling him.

Ranbir Kapoor, who worked with Salman in 'Saawariya', was the only newcomer to jump into the camp fight by calling him to express his sympathy, sources added.

If Salman had his supporters, so did King Khan. Veterans like Yash Chopra and Javed Akhtar called Shah Rukh to enquire about the incident. Besides, Karan Johar, Sajid Khan and Farhan Akhtar once again proved their loyalty towards the actor by offering their support.

Kunal Kohli also called the actor to know about his well being. 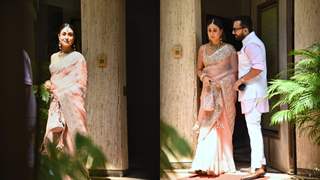