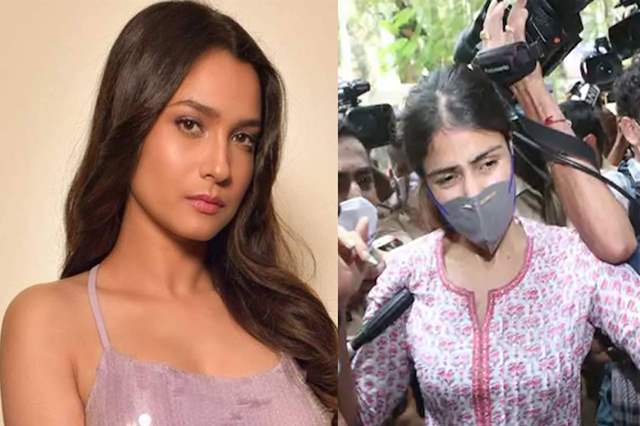 The entire nation is currently all glued to their screens witnessing the constant updates in the case of Sushant Singh Rajput, which actually has now turned out to become the case abour drug cartel being exposed. What began with Showik Chakraborty being arrested has now been followed by Rhea Chakraborty being arrested too. The actor has been firm on her stand that she did not consume drugs and only arranged it for Rajput and brother Chakraborty, except 'smoking a joint' maybe.

Chakraborty's arrest has invited an array of opinions and takes from not just the usual public on social media but the public figures too.

One such person who has directly been a part of this entire ordeal is actor Ankita Lokhande, who was also Rajput's former partner. The Manikarnika actor has chose her side clearly and if not directly, has been vocal about getting justice for Rajput by indirectly going against Chakraborty. As the latter now got arrested, Lokhande went on to pen a note for the same and even though she didn't mention Chakraborty's name, it was indeed for her. Her image read, Nothing happens by chance, by fate. You create your own fate by your actions. That’s Karma." She captioned the post as, "Justice".

Every time there has been a major development in the case of Rajput's sister Shweta Singh Kirti putting up posts, Lokhande has been quick to offer her support and make her stand clear. What do you think about this saga? Leave in your comments below.

maaneet4evr 1 months ago EVERYONE made his death into a joke. politics, drama, rivalry, hatred, roasting.. everything expect TRUTH