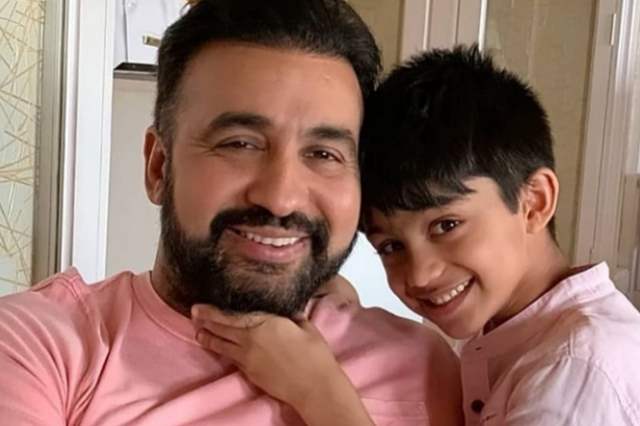 Shilpa Shetty's husband and businessman Raj Kundra, who has been in jail for a long time in a pornography case, has got bail from the court.

Raj Kundra remained in jail for 64 days. After bail, he is now with his family.

Meanwhile, his son Viaan Kundra has shared a post on the social media platform. In this post, he is seen with his mother Shilpa Shetty and younger sister. Just behind him is the idol of Ganesh ji.

This year, Shilpa and her family welcomed Lord Ganesha in the absence of Raj Kundra and kept the tradition of celebrating Ganesh Chaturthi.

This post of Viaan is becoming increasingly viral. The special thing about this post is that Viaan has also written a message with this post which people are liking a lot.

'Life as long as the trunk of Lord Ganesha... Troubles are as small as his mouse… Moments are as sweet as his modak... Ganpati Bappa Morya...'

People are loving the photo and caption of Viaan Kundra's post and are adding lots of comments on it.

As soon as Viaan shared the picture, his followers took to the comment section to show their support.

One Instagram user wrote, 'Touchwood'. Another follower commented, 'Much love to you and your family'. A third follower dropped a comment saying, 'super strong'. Many followers dropped heart emojis on the post.

In July, Raj Kundra was arrested by the police for making obscene films, after which he was facing continuous legal action. After full 2 months, the court has given him relief.

At the same time, Shilpa not only supported her husband in the legal battle from outside but also handled the family well.

+ 6
25 days ago This sweet innocent child has no idea what his monster of a dad is into. RK should be ashamed of himself. First, he registered his shady company under his son's name and is now using his son to cover his mess up. Shilpa, are you seeing all of this? SAVE YOUR CHILD!!! He's a minor!!

+ 2
25 days ago Sad that the women who were exploited faced troubles and they would hate to even remember those haunting moments. But with such heavy emotional lines, the crooks get away with public sympathy.

25 days ago If you look at his insta page, it looks like handled by his parents only. Also I doubt he even knows or understand what his dad got into.

+ 3
25 days ago Feel bad for kids of these celebrities, they are so innocent and oblivious to the harsh real world around them

+ 3
25 days ago IF has literally turned into PR site of celebs specially those who are at the wrong side of the law. Nowadays I see IF doing nothing but whitewashing and defending such kind of celebs.

+ 6
25 days ago NO SYMPATHY.His father is criminal, should have kept him in jail