New Delhi, Nov 5 (IANS) Ukrainian model Olga Kurylenko, who stars as the new Bond girl opposite Daniel Craig in 'Quantum of Solace', is scared of heights, but she says she did herself proud by overcoming her fear and doing her own stunts.

'I don't like heights and I am acrophobic. I had to do two scenes that were a little high up and that too being acrophobic. But I did them and that's one of the great things about this job (acting) and in particular working in a Bond movie. You get to do so many different things,' Olga told IANS in an e-mail interview. Acrophobia is a pathological fear of heights.

'I was so proud of myself when I did it (the stunts). It was a big thing for me and thereafter it was like 'wow, I did it!' You feel such a sense of achievement,' the actress added.

Releasing Nov 7 in India, 'Quantum of Solace' has already broken the record as the highest grosser on the first day in Britain where it opened Oct 31. The film is the 22nd edition of the James Bond franchise.

The stunts were risky, but the actress does not regret doing any of them.

'It was exciting and challenging and at times a little frightening, but how many times do you get to be a Bond girl? It's a once in a lifetime opportunity and it's been an incredible experience,' said Olga, who began her acting career with the French film 'L'Annulaire'.

Commenting on her role in the spy thriller, Olga said: 'Camille (her character) is very strong and very determined. An independent and very feisty woman, she's almost like a female version of Bond. And, basically, she's after revenge.'

Olga says working in the film taught her a lot about combat.

'I learned so many things. All the stunt guys and the armourers taught me how to fight, how to shoot, how to fly and how to strip a gun. Everything was so exciting and experience of a lifetime. At first it was exhausting because we would train for hours and hours each day but then it began to get a little easier and I really enjoyed it. I'll never forget it as this Bond movie also tended to get me away from my biggest fear (acrophobia),' she said.

Olga also featured in the recently released 'Max Payne' - another action film based on the 2001 video game of the same name. 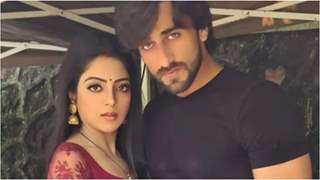 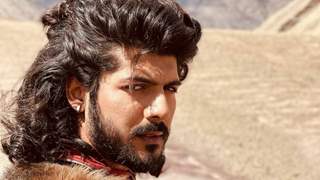