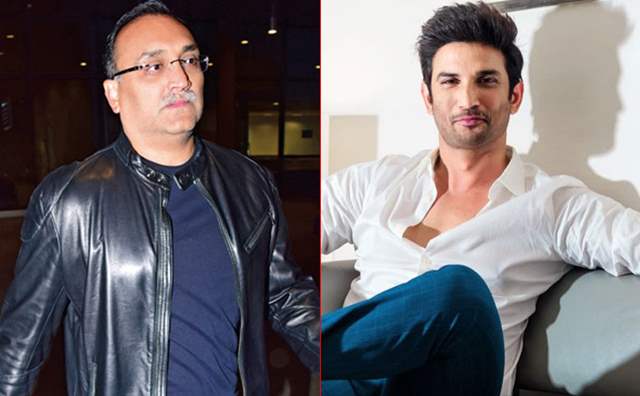 Our close source just informed us that Aditya reached the Bandra Police Station a few minutes back and is recording his statement.

Sushant Singh Rajput breathed his last on June 14, 2020. The 34-year-old actor took his life by hanging himself from the ceiling of his residence in Bandra, Mumbai. The actor left many unanswered questions behind and his near and dear ones cannot believe the fact that he committed suicide and they believe there has been some foul play behind his tragic death.

While his post-mortem reports stated 'asphyxia due to hanging', various media reports stated that it was professional rivalry which instigated Sushant to take this drastic step.

Talking about professional rivalry, nepotism and torture, fingers have been raised on many big names from the Hindi film industry and one by one the Mumbai Police have been summoning them and recording their statements.

The police continue to investigate the reasons behind Sushant taking this fatal step and, in the process, they have brought in some close friends of the actor, his peers as well as filmmakers including Sanjay Leela Bhansali and girlfriend Rhea Chakraborty. It has been reported that the money that Rhea is spending is under the police scanner right now. That in addition with the new evidence that was found have given the discussion a new direction.

Now, talking about YRF and Aditya Chopra, there have been many reports in the past that revealed Aditya and Sushant had a massive fallout. Apart from Aditya, another head honcho, Karan Johar too has been named and blamed. It was said that both filmmakers were harassing Sushant mentally through their work relationship with him.

As reported earlier, the contract copy acquired by the Bandra Police Station stated that Sushant had a three film deal with YRF wherein he was paid Rs. 30 lakh for the first film.

Sushant's first film with YRF was Shuddh Desi Romance where he was seen opposite Parineeti Chopra and Vaani Kapoor, and for this he was paid Rs 30 lakhs. Then, his second venture with YRF was Detective Byomkesh Bakshy and he was paid Rs 1 crore for Dibakar Banerji directorial.

However, there was no clarity as to why Sushant was paid Rs 1 crore for his second movie, even when his contract stated that he would be paid Rs 60 lakh.

Speaking on the film, former YRF official told India Today, “I cannot divulge details of the contract as it is mentioned in the contract itself. The parting was on very cordial terms and we had been in touch after that. We made two films. Some projects, some films don’t work out. He had left YRF five years back and even after that we were in touch. There were no issues. We should pray for him.”

Several people in the industry including Karan Johar, Alia Bhatt, Salman Khan and Ananya Pandey among others have been targeted on social media by trolls, memes and hateful comments over the subject of nepotism. The cops investigating this situation have also concluded that the allegations have no real substance to it.