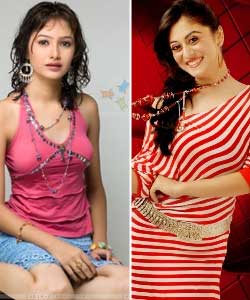 The concept of conjoined sisters, commonly known as Siamese twins, was first experimented by Sony TV's Amber Dhara which was widely appreciated by the audience. Playing on the same field is Adaalat which will soon see an episode that revolves around the same concept.

In the coming weeks of Sony TV's Adaalat a story of conjoined sisters will be witnessed by the audience. A source reveals, "K.D. (Ronit Bose Roy) would this time solve a murder case, committed by one of the Siamese twins. One of them murders their uncle, but since the sisters are really close to one another, they protect each other. Thus, finding the real culprit becomes a daunting task."

A source reveals, "The two conjoined sisters would be played by Leena Jumani, last seen in Zee TV's Chhoti Si Zindagi, and Falaq Naaz, last seen in Colors' Laagi Tujhse Lagan. The shoot in on and the episodes will air sometimes in next week"

We contacted Leena Jumani who confirmed the buzz but refused to reveal much.

K.D. solving a case of Siamese twins is something to watch out for!

pandas795 8 years ago If they are Siamese twins, wouldn't that mean the innocent sister will also be in jail?

shivani003 8 years ago I loved Leena in CSZ. Missing the show sooo much. Anyway I also love Adaalat so looking forward to seeing it when I get time.

Rehanism 8 years ago The show is becoming increasingly melodramatic...BTW, as far as I know, Siamese twins are supposed to be identical as well...Neither Amber Dhara nor this serial cared for this fact.

~*sunshine*~ 8 years ago Aadalat bring in real suspense thrillers...looking forward to this one...

Arjun Bijlani talks about his first reaction on being ...
27 minutes ago