After shaking a leg in Jhalak Dikhhla Jaa, Sudha Chandran is all set to wear the cap of an inspector. She enters Ekta Kapoor's superhit soap Kyunki Saas Bhi Kabhi Bahu Thi as ACP Ragini to investigate Trupti murder case. 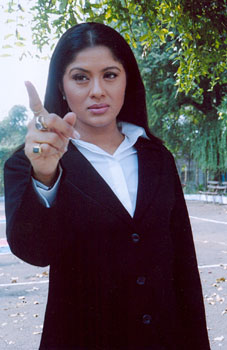 Featured Video
When asked about her role as a tough cop, an excited Sudha says,"It's a wonderful role, I will be doing a cameo, will be seen in nearly 30 episodes. I play the rough and tough ACP Ragini; it really feels nice, because I am doing this kind of a role for the first time." After looking super glamorous, she has to play the role of a rugged and strong headed officer. When asked about whom she suspected as a murderer among the Viranis, Sudha laughs and replies "All the Viranis are in the suspect gang. While shooting, I got a feeling that I was back in Jhalak Dikhhla Jaa, all lined up as suspects, and I am there eliminating the innocent ones and the not so innocent ones".

Sudha Chandran has also been casted in Ekta's next "Kuch Iss Tarah", on Sony where she plays the role of a working mother with an Aparna Sen look. Sudha was all praises about Ekta Kapoor offering her different roles. On her chances of getting back in Jhalak, courtesy Wild Card entry, Sudha says, " I got nominated along with Prachi Desai for a probable Wild Card entry, but have turned the offer down. I do not want to be a part of the SMS game again. I have actually achieved what I had aimed for, I have got the new confidence in me as a dancer who can try out any given dance form; also, I managed to win accolades from Shiamak, that is the best tribute I can ever get", says a satisfied Sudha. 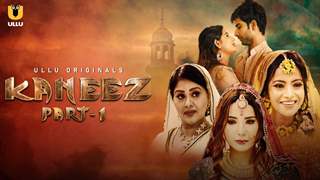 14 years ago ugh!!! it's sudha again she is everywhere these days..she is very irritating but that's my opinion well she is a good actress. and as for ekta she is foolish to have such good actress only for 30 daze.

14 years ago Good for her, turning down the Jhalak wild card! Commendable!

14 years ago I have the utmost respect for Sudha ji for turning down the wildcard nomination. It takes a true class act to do that.

14 years ago oh yh, i didnt remember that - u have a gud memory and research! how can she get same ppl! creepy man! but, happy for her and happy prachi might be back in jalak!!

14 years ago Go Sudha... Always had a praise for the lady from the time of Mayuri... Go lady... Hats off

14 years ago badguy you said it right, third entry this is funny seem like ekta couldn't get an actor to do the 30 episode cameo

14 years ago Hats off to you Sudha. Nice job on turning down wild card offer. It's gimmick on SMS. I wish you lots of lunck on both shows that you will be working and looking forward seeing you on big screen. God bless you.

14 years ago A fabulous dancer and an intelligent woman!