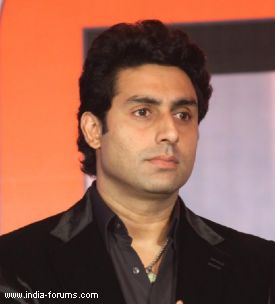 Actor Abhishek Bachchan, who earlier produced the 2009-released film "Paa" which turned out to be a hit, is now set to produce his next film to be directed by R. Balki and also featuring Amitabh Bachchan.

"Balki's new film is a much bigger film. It will require a higher budget compared to 'Paa'. We are currently in the process of locking the script and working on it. The pre-production is going on. It's a bigger film so the film requires bigger budget," Abhishek told IANS when asked about the budget and pre-production plans of the film.

Talking about his own acting plans, Abhishek who has also been part of a Bengali film titled "Antarmahal" with late Rituparno Ghosh, says he is open to doing regional films as well.

"I have done Bengali films. I am an actor so if I am comfortable I am ready to work in any language. If I can overcome the hurdle of language and if I feel I can do justice to the role I am open to it," he said.