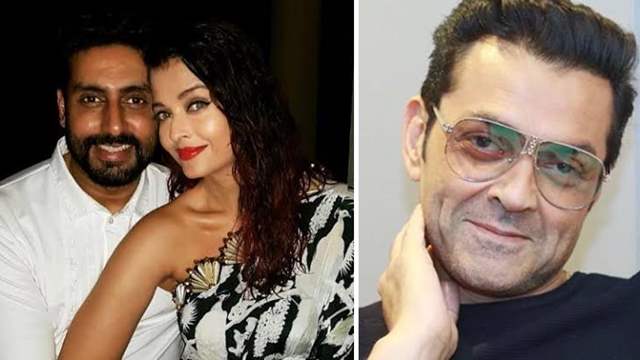 Celebrity couple Aishwarya Rai Bachchan and Abhishek Bachchan recently clocked 14 years to their beautiful married life. Right from their on screen chemistry to real life partnership, the duo has been setting major couple goals! But do you know how they met for the first time?

Abhishek recalled his first meeting with Aish in a recent podcast by YouTuber Ranveer Allahbadia. AB shared how he met the actress for the first time when he was ‘production boy.’ Yes, you heard that right!

Sharing deets, AB said that he had gone for the location recce to Switzerland for a film called Mrityudata, his father Amitabh Bachchan was making. He shared:

“The company felt that because I had grown up in Switzerland in boarding school that I would be able to take them to nice locations. I had been there for a couple of days, all alone.”

That’s when actor Bobby Deol played cupid to Abhishek and Aishwarya which led to the couple’s first ever meeting. Abhishek added:

“And that's when a childhood friend of mine, Bobby Deol, was shooting for his first film – Aur Pyar Ho Gaya. And he got to know I was there, and said 'Hey, why don't you come over for dinner?' And that's the first time, when they were shooting, when I met Aishwarya."

The rest is history! Abhishek and Aishwarya have completed fourteen years to their marriage and welcomed their daughter Aaradhya Bachchan on November 16, 2011.