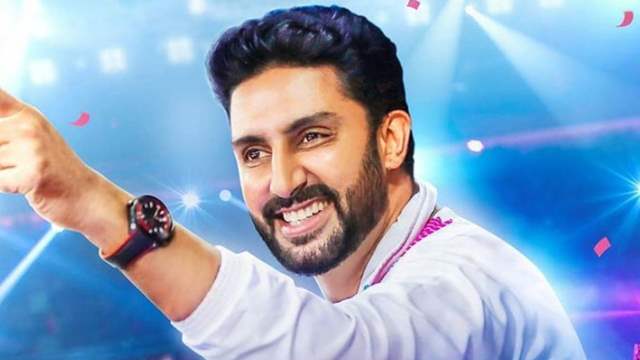 Jaipur Pink Panthers have been the inaugural champions of the Pro Kabaddi League that started in 2014. Team owner Abhishek Bachchan shares this experience from this beautiful journey, he says, "It's a very historical moment for me as a sports fan to launch, Sons of the Soil which is being made on a team of mine in Kabaddi.  It's a matter of honor that the first sports docu-series that they make in India with an Indian sport is on the Jaipur Pink Panthers, Sons of The Soil. BBC and Amazon Prime Video have made a very honest docu-series. They were very clear on this being no holds barred, very honest and microscopic view of how a team plays, runs, prepares and deals with victory and failure. What happened in the season is there for everybody to see but I think they've done a wonderful job of taking everyone through an emotional journey.  Through the docu-series they've done a wonderful job of bringing those emotions out, what it means to these boys, to play Kabaddi, to represent Jaipur Pink Panthers, to play for India when they play at the national level and really see what a difficult life they've led,sacrifices they've had to make to be at this platform.”

He adds, "This journey would have not been possible without obviously the blessings and guidance of the entire management of Jaipur Pink Panthers and last but not the least, the players. They are the stars of the show, stars of Kabaddi, they're absolutely brilliant. They are some of the greatest athletes on earth. I hope not just people in India and fans of Kabaddi but I hope through this docu-series and through the wide network that Amazon Prime Video has we can reach out to a whole new audience. "

The series is going to be a complete rollercoaster ride of emotions for fans of the game and the team. Giving us a behind the scene, locker room view of the intensity and depth of emotions. Right from the adrenaline before the game to the smiles or disappointment after putting in their all, a lot can be witnessed.