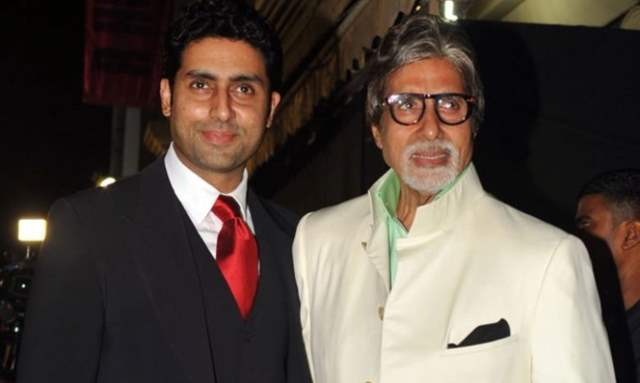 The Bachchan clan’s Coronavirus diagnosis came as a shock to the fans and the entire film industry. Abhishek Bachchan and Amitabh Bachchan were the first in the family to get diagnosed in July 2020. Later, Abhishek's wife Aishwarya Rai and their daughter Aaradhya were also found positive.

During a recent interview, The Big Bull actor spoke about his experience and how he fought the disease, side-by-side with his father, Amitabh Bachchan.

Calling his father, good company to have, Abhishek shared that it was wonderful to wake up and go see his father, a 78-year-old back then with severe comorbidities, have the fighting spirit to battle the virus.

Talking about the Bachchan family’s diagnosis, the 45-year-old actor said, “Initially, my father and I were in the hospital together. A week later my wife and daughter were hospitalised. Thankfully, they only had to be there for about a week then they came out, and my dad and I stayed on for a bit longer because we hadn't tested negative.”

The father-son duo was admitted to Mumbai’s Nanavati Hospital and BMC had taken necessary precautions to seal their residence.

Speaking about being hospitalized with his father for a month in the hospital, Abhishek said, "Well, he is a good company to have, so it was wonderful to wake up and go see my father who last year was 78 years old, a man with severe comorbidities but him being positive and having that fighting spirit to get through this."

"At that point of time my energies were obviously directed towards him and him becoming better because you fear for your parents, it's actually of a sensitive age group," he added.

Abhishek was inspired by his father Amitabh Bachchan’s fighting spirit. "I mean he is also a great friend of mine, so it was good to shoot the breeze with him and you know when you are a COVID patient although you can interact with other patients, there is nothing else to do, you just have to wait around. So, there was some good banter that went on, I mean he is a good roomy in that sense," he said.

The actor further revealed how Covid-19 has shaped his life, and said that he is the same person and he would like to believe that even in times like these he always stays positive.

“The one thing that the last one year has taught me is you got to value your relationship and value the fact that you have a happy and healthy family around you. There was a point in time I was frustrated during the lockdown but then my wife put things into perspective for me and told me how for the first time in many years I could sit back, not be working round the clock and enjoy the company of my family in the safety of my home. That by itself, is a blessing," he added.

Recently, Abhishek’s father and Bollywood superstar Amitabh Bachchan hit back against trolls who bashed him for allegedly not contributing to Covid relief.

Big B hit back against the trolls with a long list of the donations he has made to several initiatives during the pandemic. 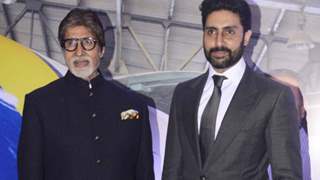 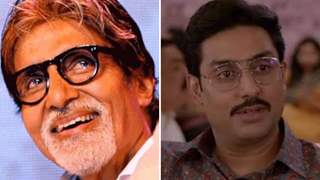