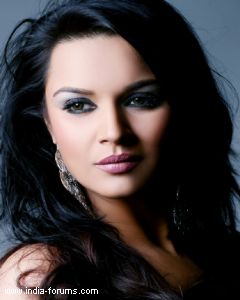 Aashka Garodia who was last seen in Sony TV's Shubh Vivah is ready to make people say 'ice' with her new venture ISAYICE. Aashka is starting up a venture named ISAYICE along with her beau Rohit Bakshi. This is going to be an ice candy outlet, in which ice- candies of more than 50 flavors will be served keeping in mind the taste and hygiene.

We spoke to Rohit who told Tellybuzz, "As an actor we had to start something side by side. Aashka and I were thinking to start some business but something unique which is not in Mumbai. Ice candy is something which we get at the Juhu beach and there are not much proper shops which serve the delicacies which is made of Ice and available in more than 50 flavors. In ISAYICE, we have made it a point that the ice will made up of Bisleri water and the staffs should be wearing gloves. We are planning to open up branches also."

We also tried to get in touch with Aashka but she remained unavailable for the moment.

Tellybuzz would like to wish Aashka and Rohit all the best for their new beginning!

Shaina_b 8 years ago I wish them best of luck in their venture!!!!

VintageWine 8 years ago I Love Ice candy .. plz launch 1 store in every city

Lata 8 years ago thats really awesome...wishing Rohit and Ashka all the success in their new endeavour...hope it reaches the heights like CCD...

tiny15 8 years ago wow!!after so many days we got a news of rohit & i m happy they both r still 2gether!!all the best 4 their business!!

ablazedmelody 8 years ago Ice Candy store that is awesome !! All the best Aashka and Rohit for the venture

i5hy 8 years ago best of luck 2 ur new venture aashka. Hope to see u onscreen soon :)

pria4ever 10 years ago @Jesmina:
y is the perfection video being pitched in this article? is there any connection to this article? lol!!! y does Aamir have to follow SRK everywhere? lol!!!

dep.radurai 10 years ago Hopefully Kolkata team will do better this season

-PoisonIvy- 10 years ago Irfan Pathan ? Hes already engaged so could be.....!