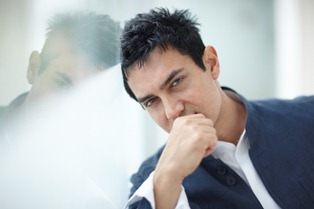 Aamir Khan's recent visit to a small village called Gaya in Patna has created a nationwide effect. The actor who started the second season of his TV show Satyamev Jayate, from Gaya in Geluhar has generated a ripple effect all over the country. It immediately became one of the highest talking points for his show.

The idea of initiating the journey of Satyamev Jayate, started from the spot where a lay man had broken a mountain all by himself. This concept sank in precisely with the theme of the show. It conveyed what a single human can achieve. The man named Dashrath Manjhi invested 22 years of his life to break the enormous mountain just to create a road for the villagers which made their travel easier.

This one will stay with the audiences as the reactions which have been received on the story have been everlasting. It has definitely created a nationwide impact across country for the message that it has conveyed.