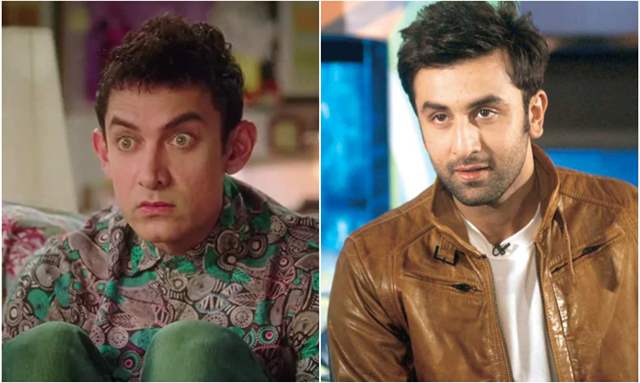 Remember Rajkummar Hirani’s 2014 film, PK starring Aamir Khan? Yes, the film that featured Khan as an innocent alien who lands on Earth, but loses his communication device. In case you missed it, actor Ranbir Kapoor made a small cameo appearance in the ending scene of Rajkumar Hirani directorial.

Now, the 2014 film has yet again made it to the headlines as the recent reports suggest that Ranbir is likely to advance the story ahead in the upcoming sequel of the hit movie. The sic-fic film impressed the audience, however, it also sparked social debates on a plethora of issues that are termed controversial. One such controversy erupted as the film questioned superstitions in a country where religion is deeply rooted in the social consciousness of the people.

Now, filmmaker Vidhu Vinod Chopra has reportedly said that they will make a sequel to ‘PK’ in good time. He also asserted that Ranbir Kapoor’s character landing on the planet concluded the story of PK and now he will be taking the story forward, reported Mid-Day.

Vidhu also added that writer Abhijat Joshi has still not written the story and they will make the sequel when he does.

"We will make the sequel. We had shown Ranbir towards the end of the film, so there is a story to tell. But Abhijat (Joshi) has not written it yet. The day he writes it, we will make it," he said.

In recent times, the announcement of a film’s sequel has elevated the chances of extending the film’s storyline and its universe. Apart from that, it has also kept the cash registers rolling, grabbing high numbers. However, at times it also impacts the storyline.

Chopra’s fans have been waiting for the announcement of his 2003 film - Munna Bhai M.B.B.S sequel which would be the third instalment in their franchise. Speaking about the same, Vidhu Vinod Chopra stated that he is driven by powerful stories over financial gains.

For the unversed, PK garnered praise from critics and the audience as it took a satirical view of the society and its religious beliefs as the protagonist from another planet goes about questioning everything in an acquired Bhojpuri accent.